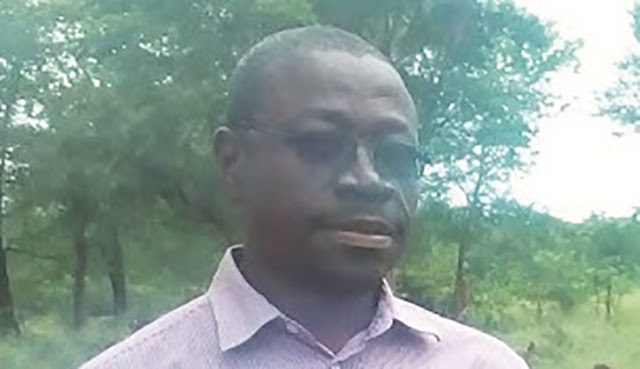 …uses Zinwa as conduit in plot to pocket public funds

CHIREDZI – Chiredzi West Member of Parliament (MP) Farai Musikavanhu is having a hard time explaining why he mentioned projects that have already been done in his application for the Constituency Development Fund (CDF).

In his application for the fund, Musikavanhu claimed he needed the money to drill boreholes and buy pumps for wards 2, 5, 6 and 8.

TellZim News, however, understands that those wards have already been covered by the previous CDF released last year before the end of the term of Musikavanhu’s predecessor Darlington Chiwa.

It is understood Chiwa did the drilling work and purchased the pumps in the run-up to the Zanu PF primary election last year when he was engaged in a bitter contest with Musikavanhu and former Chiredzi town chairperson Francis Moyo for the right to represent the ruling party in the July 30 harmonised elections.

Musikavanhu won the chaotic race and then went on to win the parliamentary seat in the harmonised elections.

Though Chiwa did the drilling work at all the four spots, he managed to install a pump at only one of them; the police station in Ward 2.

He could not install the rest of the pumps apparently because the Zimbabwe National Water Authority (Zinwa), working under the influence of Musikavanhu, impounded them as intra-party fights raged ahead of the elections.

Zinwa has held onto the three pumps ever since despite the water crisis in the wards.

When contacted for comment, Chiwa confirmed the pumps were seized by Zinwa and taken to their offices where they remain stuck. He said he too suspected Musikavanhu was plotting to use the pumps for selfish reasons by pocketing his own CDF payout and presenting the seized pumps as his own purchase.

"It seems Honourable Musikavanhu has deprived residents of their right to water for a long time as he looks for clever ways to divert the next CDF. I heard that when he applied for the CDF, he mentioned projects that are non-existent as they have already been paid for. Something is not right there because the drilling was done and the pumps are already there," said Chiwa.

When contacted for comment, Farai Musikavanhu admitted he applied for funds to drill boreholes in wards 2, 5, 6 and 8, but claimed he did not know that the work was already done.

"I was not aware that boreholes had been drilled in those areas. On my CDF application form, I indeed indicated that I wanted to drill boreholes in those areas not knowing the work had already been done there.
"We later agreed with Honourable Chiwa that in Ward 6, the borehole is contaminated with sewerage and we needed an electric water pump and solar panels. I will buy those ones so that we can start an irrigated nutritional garden in the ward," said Musikavanhu.

Zinwa regional manager, Peter Shotere admitted that his organisation was keeping the impounded pumps, adding that he had initially thought they belonged to ‘command water’.

“Last year, we received eight pumps from our provincial office and we were informed they belonged to the command water programme. Two of them were allocated to Chiredzi North, two to Chiredzi East and four to Chiredzi West. We later learnt that they had been purchased using money from CDF," said Shotere.

Other sources urged the media to track how Musikavanhu will use the CDF, saying there were suspicions he wanted to misappropriate the money to pay the many runner boys that did his bidding in the chaotic primaries as well as in the general elections.