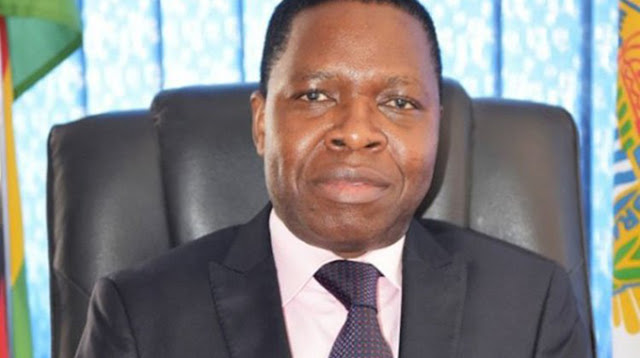 …special measures for Cyclone Idai victims
Shingirai Vambe
HARARE – Registrar General Clemence Masango has said resources needed to print identity cards and passports were in short supply, leading to the issuance of paper identity documents and long delays in processing standard passport applications.
Government phased out the paper identity document around 2005 after introducing the instant plastic ID card which is made up of polythene and synthetic material.
Prior to that, the paper ID was a temporary document that an applicant would use while waiting for the permanent metallic card which took several months to come out.
TellZim News secured an interview with Masango to get clarification on the long queues for IDs and passports as well as to understand why passports that are normally processed in six weeks are now taking several months.
“Yes there are long queues at our offices countrywide. People need IDs but resources are a challenge. The consumables require foreign currency to import yet our services are charged in local currency. Our personnel are doing all they can to give optimum services to citizens,” said Masango.
He said it was the same case with passport paper which has to be imported into the country using foreign currency which is scarce.
The ordinary passport, which costs $53, normally gets processed in six weeks but it is now taking up to seven months and more. Some people who spoke to TellZim News said they applied for passports in June last year but were still waiting.
At $53 and coming out in few days, the emergency passport is too expensive for most citizens.
On plans to decentralise passport applications to the district, Masango said it was government’s goal to increase convenience but resources were not permitting.
“We want people to apply for passports at district level but that move requires a lot of money and equipment; all the cameras, computers and office space,” said Masango.
He said he was, however, pleased that his department had put in place plans like satellite offices to assist survivors of Cyclone Idai to get new copies of their lost identity documents.
“We are there to assist people get burial orders for their deceased loved ones as quickly as possible. Those that have lost their identity particulars will also get them without delay because we have instructed teams in Chimanimani and Chipinge to be ready for real work.
“Our office has all the information regarding everyone in Zimbabwe so people must not worry. We have details on everyone in the main server,” he said