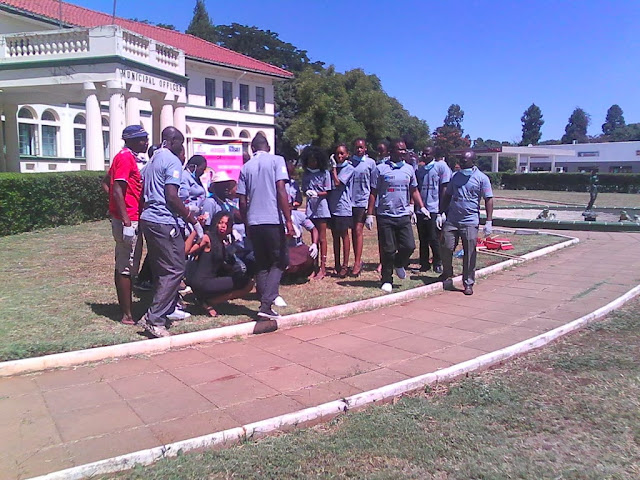 Tinaani Nyabereka.
GWERU - A new Non-Governmental Organisation (NGO) which deals with vulnerable adolescent girls has denounced early child marriages and gender based violence (GBV), pledging to work hard to combat the social vices.
The Women of Africa Trust (WOA) says society cannot genuinely progress if the wellbeing of women and girls is not promoted.
Speaking at a clean-up campaign and child abuse forum in Gweru recently, WOA chairperson Hardlife Mudzikisi said women deserved the same opportunities men.
“Depriving girls an equal chance to be in school and further their education should be a thing of the past. Let’s take part in equalizing opportunities for all children as a way of fighting early marriages, forced marriages and GBV especially in rural and poorer communities.
“We glad to be spearheading the sanitary wear distribution programme in rural schools because it’s of much importance to girls and women because what affects them affects the whole society,” said Mudzikisi.
National Association of Non-Governmental Organisation (Nango) Midlands coordinator, Titus Mangoma said the launch of the clean-up campaign was aimed at fighting littering in the city.
“As we fight for the rights of the girl child, let’s improve our city by fighting littering. As Nango, we are happy most NGOs have embraced the national clean-up initiative. Recent rumours about a typhoid outbreak mandate us to do more in the fight for a cleaner environment,” said Mangoma.
Gweru citizen Loveness Chikwiro encouraged people to come up with many clean-up exercises, saying environmental health issues must be a worry for everybody.
“We need to stay in a clean and safe environment and it’s everyone’s duty to clean-up. Let’s keep areas where we buy food clean,” said Chikwiro.