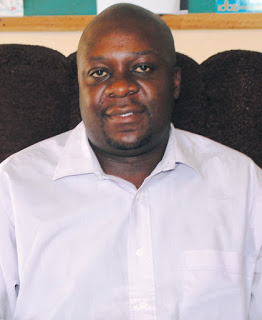 City engineer Tawanda Gozo
…implements fake road works for damage control
Diana Gondongwe
Barely a month after Masvingo City Council erected road works signs and built a detour from the very short strip of road from Bradburn Street to the Nyaradzo Life Assurance Company building close by, the local authority has failed to make any progress amid revelations that city fathers blew away the money intended for the project.
City fathers were embarrassed recently after questions were raised as to how the US$43 000 given to council by the life assurance company back in 2016 for the construction of the road had been spent.
Council then hurriedly put up structures to make it appear as if they were beginning to construct the road in earnest, but it has since emerged that it was all about damage control and a desperate attempt to save face.
In the last full council meeting, city engineer Tawanda Gozo delivered a lacklustre report claiming that the latest plans to surface the road had been stalled by the prevailing fuel shortages.
In an earlier full council meeting, Gozo had stammered and gave a lame response that rains had prevented the implementation of the project for the past three years after Ward 10 Councillor Sengerai Manyanga had quizzed him about his appalling handling of the project.
Town clerk Adolf Gusha also stood and gave assurances that the project was going to be done without any further delay.
Council insiders, however, told TellZim News the money was no longer there as it had long vanished in the corridors of corruption.
“They no longer have the money. It’s all gone and they don’t know what to do. Those barriers and signs they erected on the Nyaradzo road are just an attempt to save face. It is difficult to replace the vanished money using other council funds because the project is unbudgeted for. It’s a scandal and heads would indeed have rolled if our country was not inherently corrupt,” said the insider.
TellZim News has fielded questions to the office of the Minister of Local Governance Public Works and National Housing, July Moyo but they had not yet been responded to by the time of going to print.