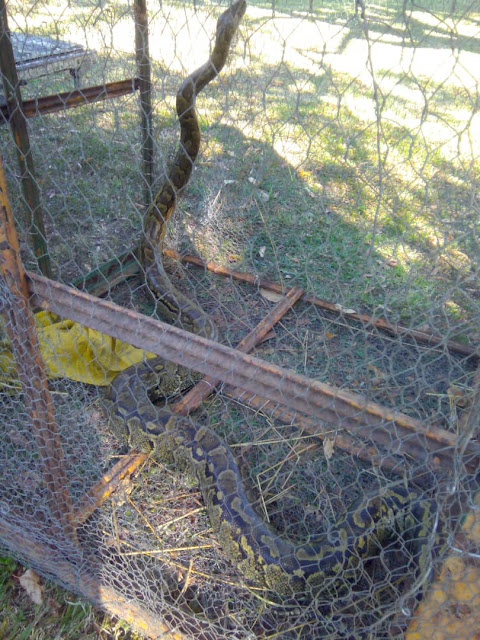 Anymore Magawa
MASVINGO - The Zimbabwe Parks and Wildlife Authority (Zimparks) was recently called to catch two large pythons spotted at the Zimbabwe National Water Authority (Zinwa) Masvingo provincial offices but they managed to catch only one.
The Zinwa offices are situated at Number 717 Mineral Road in the industrial area.
Some Zinwa employees now say they are no longer feeling safe working at the premises as they do not know whether or not the other python, which is said to be much bigger than the captured one, is close by.
Sources said the sneaky reptiles were seen by a security guard slithering towards the guardroom on May 08 at around 21:00hrs.
The frightened guard then fled the guard room and called his superiors who then called the Zimparks provincial offices.
“Zimparks personnel took their time and went to the premises very late. They then managed to catch one but the other one managed to flee,” said a source.
Other sources said it was horrible that Zimparks had failed to do their job properly and exposed staff at the premises to unnecessary jitters.
Staff at the Zimparks provincial office refused to comment about the matter and referred questions to their national spokesperson Tinashe Farawo who said the incident was a non-issue.
“Snakes like to move around in grassy and bushy surroundings. There is nothing we can do about it,” said Farawo.
Pythons are by law an endangered species that should not be killed or unlawfully captured. Although they are not venomous, they are deadly predators that kill their prey by constriction.