A Level question and Answers 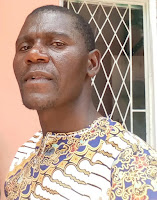 Question: Discuss the characteristics of prophets in Islam.

Belief in Allah's messengers is one of the articles of the Islamic Faith. This means that Muslims strongly believe in the existence of Prophets as stressed in the Quran. There are specific characteristics expected of a true Muslim prophet as discussed in the paragraphs hereunder.

A true Muslim prophet must be a monotheist. R. A.B Ewbank posited that a monotheist is someone who believes, worship and preaches about the one and only true God. Muslims believe in Allah and his Oneness, therefore all Muslim prophets are monotheists. In Islam every prophet shares the same core beliefs about Allah, Day of Judgment and they all castigate idolatry. Muhammad the last prophet of Allah taught that all prophets who came before him taught about the same God who gave him the revelations, Moses also taught about the Oneness of Allah. Many prophets of Islam serve as vessels to inform human beings about the eschatological consequences of falling to adhere to Allah's message.

In addition to the above, an Islamic prophet must be morally upright. J. Hayes posited that moral obligation is an attribute for every prophet of God. This means that every prophet of God must be morally good. Islam as a religion is said to be the perfect way of life in which every believer must surrender or submit themselves to Allah. This logically implies that they must be morally acceptable. Prophets have to live an exemplary life; they are compelled to have compassionate and tender hearts like Ibrahim.
Moral uprightness is a characteristic that every Muslim prophet must have. Jesus (Isa) is a very good example of a prophet who lived a life of moral uprightness.
Another characteristic of a Muslim prophet is righteousness. True Islamic prophets are God fearers. They have to leave a life free from sins and other satanic practices. Ibrahim is such an example of a righteous man. Allah's messengers are supposed to be clean in terms of evil practices. Islam teaches that prophets are protected by Allah from committing sins as shown in Quran surah4,ayah69 .They are unlike ordinary human beings in the sense that they live under the will and command of Allah (Bajapai, N: 2017).

Prophetic typologies shared by all prophets include prophetic lineages. Ibrahim was the great messenger of Allah and from his lineage Allah chose his prophets, the Qur'an teaches that Allah is all knowing thus he chose His messengers from the Ibrahimic lineage. Prophets like, Jacob, Isaac, Moses, Aaron and Muhammad were from the same lineage of Ibrahim, therefore, their prophetic lineage is one of the characteristics of prophets in Islam.

More so, a prophetic call is another characteristic of the Islamic prophets. Marara postulates that a call is an important signature of a true prophet. This means that real prophets have to receive a call from God. Islamic prophets are supposed to receive a call or a revelation from Allah (Rapoport,Y: 2005).One good example being that of Muhammad who received his revelation at the age of 40 years at the Hira caves and he even tried to resist the call but the will of Allah was fulfilled, logically one can infer that a call is another characteristic of the Islamic prophets.

Another characteristic of an Islamic prophet is that they should be able to perform signs and wonders. Muslim prophets according to Sayyid, M (2017) performed several miracles a characteristic that differentiated them from ordinary people. They did this through the inspiration of the spirit of Allah. It is stated in the Quran that throughout their lives, Moses(Musa) and Jesus (Isa) performed a lot of miracles. Moreso they had Divine books attributed to them, Jesus had the

Injil (gospels), Muhammad, the Qur'an and Moses the Tawrat (Torah)

Another important attribute of an Islamic prophet is that of being faithful. As servants of Allah, Muslim prophets are supposed to be faithful to their Master and the subjects they serve (Shaurya. S 2017). They are Allah's messengers hence they need to be reliable people. Muhammad was such a character just like Isaac and Aaron as revealed by the Quran. More so an Islamic prophet is supposed to uphold social justice in the communities they serve. Islam claims to be a peaceful religion which is against any form injustice upon Allah's creation therefore Allah's messengers need to have such traits. They should be all loving, avoiding segregation as well as assisting the need.
The prophets are the best creatures with the best manners including truthfulness, honest and extreme intelligence. It is impossible for Muslim prophets to lie, betray and be stupid. They are preserved from repulsive diseases and they are against blasphemy. They are protected to vileness, lustfulness and foolishness.
However, prophets remain human beings they should be respected, believed in but they should not be worshiped or be compared to Allah because Allah does not share the same attributes with His creation.