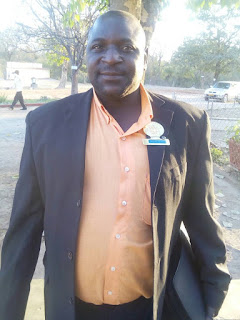 The traditional leader was convicted and sentenced to two months in prison suspended on condition that he urgently clears the arrears.
Magistrate Honest Musiiwa admonished the chief and said his social standing made it mandatory for him to lead by example.
He said it was regratable that Chief Chitanga continued to be a bad example in front of his subjects.

The charge against Gudo is that sometime in March 2018, he was ordered to pay a monthly maintenance fee of $120 to his ex-wife Rumbidzai Namo for the upkeep of the three children.
TellZim News further heard that for the period extending from June 2018 to February this year, the chief failed to honour his obligation thereby accumulating arrears amounting to $695.

Earlier last year, the traditional leader, who resides in Makaranga village, was arraigned in the Mwenezi Magistrates’ Court where he was convicted for defaulting on his maintenance obligations to his ex-wife. The chief had defaulted on paying maintenance to Namo and his arrears had accumulated to $2400.
He was convicted and sentenced to six months in prison but the sentence was suspended on condition that he cleared the arrears.