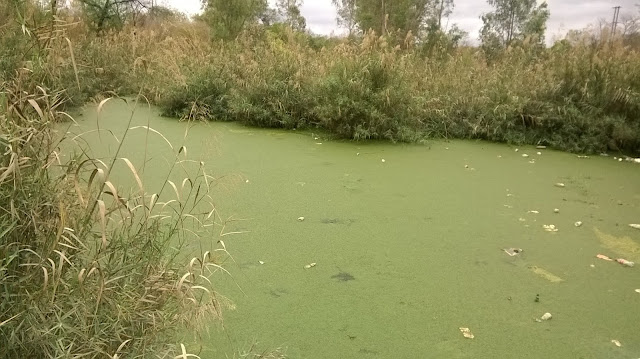 Masvingo City is sitting on health ticking time bomb with raw sewer spilling into Mucheke River on a daily basis from the sewage works adjacent to Rujeko suburb whenever there is electrical load shedding.
Mucheke River feeds into Lake Mutirikwi, which is the main water source for Masvingo Urban, and the quality of raw water determines the amount of water treatment chemicals required.
In a recent full council meeting, Ward 7 Councillor Richard Musekiwa told council that they should come up with a plan to alleviate the sewer problem before it turns into a health disaster for the city.
"We are polluting Mucheke River with raw sewer because every time there is electrical load shedding, raw sewer spills outside the treatment plant and flows into the river.
"Some residents from Rujeko approached me and appealed to council to do something about the thick stench of the sewer that flows in the open and eventually ends up in Mucheke River, adjacent to their homes," Musekiwa said.
A few years ago Masvingo City Council was once penalized by the Environmental Management Agency (EMA) for contaminating Shakashe River, another tribute to Lake Mutirikwi with raw sewer and they paid over US$8000 to the regulatory body.
The river, which is visibly choking from an invasive weed—water hyacinth has also suffered extensively from siltation, and EMA once attributed raw sewer as the direct cause of water hyacinth growth in the river.
There is also growing concern about the number of vandalism cases on the manholes along the sewer line, with a number of them being blocked with rocks and bags of sand by streambank cultivators to water their plots.
In an interview, Acting Town Clerk Edward said thieves steal the lids to the drain waste vent system, exposing the manholes to further vandalism.
"We have a problem of people who steal iron lids to the manholes, smelt them and mold them into tools they can resell. A lot of them now no longer have lids and it is a real challenge," Mukaratirwa said.
Most of the raw sewer ends up in either Mucheke or Shakashe rivers, further deteriorating the quality of raw water that goes into Lake Mutirikwi.
Ward 10 Councilor Sengerayi Manyanga in the same full council meeting said the city risks finding itself in Harare's situation of failing to treat water if no action is taken because of the increase in cost of water treatment chemicals.
"I foresee a situation where we will wake up one day without any water treatment chemicals because the unavailability of foreign currency worsens our situation," Manyanga said.