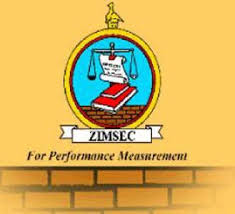 MASVINGO – As the November 2019 Zimbabwe School Examination Council’s (Zimsec) final examinations for ‘O’ and ‘A’ level approach, school heads in and around Masvingo are worried by the costs of running science exams.
The costs of a Zimsec final science exam are proving to be higher than what most schools can afford owing to the little exam fees being charged.
School heads complain that the prices of such exam requirements as laboratory chemicals, instruments, gases and protective clothing like gloves were beyond their reach.
One school head who spoke to TellZim News said his school was likely to fail to meet the requirements unless a levy for the purchase of materials was introduced.
“We have no choice here but to charge a levy so that we can afford to buy science materials as they are expensive. This is a disadvantage to the parents as they are not spared with this economic situation and are already struggling to pay school and exam fees,” the school head said.
Another head said if they failed to charge an extra levy, then they would have to reuse the material from previous years as new material was unaffordable.
“We will use old material, but that will give our pupils a disadvantage since they will not be able to meet the standards set by Zimsec,” said the head.
Another head criticised the requirements of the updated curriculum saying they were not responsive to the prevailing situation in the country.
“The new curriculum should be repealed. The old curriculum did not require us to buy these expensive and harmful chemicals as we are now required to do. As smaller schools, we are at a disadvantage because we do not have the state-of-the-art laboratories suitable for the exams and this is affecting pupils and our staff,” said the school head.
Last year, some ‘O’ level chemistry candidates and lab technicians suffered seizures and convulsions caused by the highly-concentrated Ammonia they were required to use.
Amalgamated Rural Teachers Union of Zimbabwe (Artuz) attempted to sue the ministry but failed as they could not provide witnesses.
Many teachers refused to testify as they feared victimisation by their parent ministry.