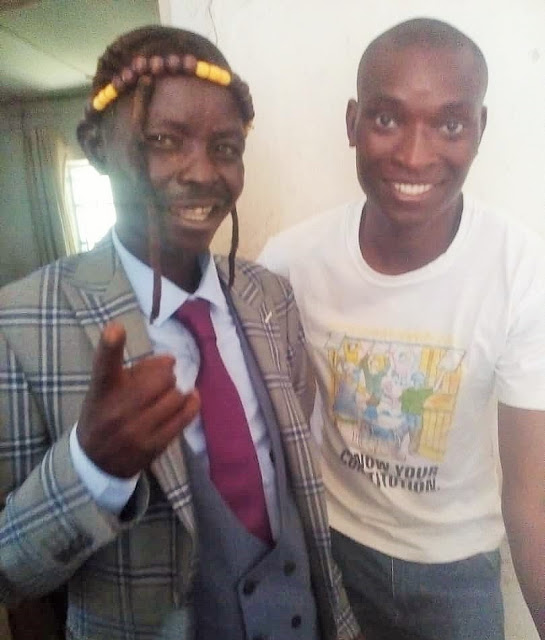 MASVINGO – During the launch of a poet album by Ngoni Paradza at the Charles Austin theatre on December 6 2019, Abel Mauchi, one of the Masvingo’s best poets told the audience that he was resigning poetry.
Mauchi performed a poem titled ‘Ndakumboenda’ as a way of saying goodbye to his fans whom he praised for being loyal to him.
He made it known that he will be focusing on his monuments where he keeps lizards, millipedes, centipedes and other creepy creatures.
He anointed Paradza as the new leader of poetry in Masvingo; advising him to groom all other upcoming poets in the province.
“I am resigning poetry. I will be focusing on my monuments and the creatures I keep. I am appointing Ngoni as the leader of all poets in Masvingo as he has proved potentially very great poet with immense talent. I advise Ngoni to groom all other upcoming artists and help them improve,” said Mauchi.
He went on to give tips to upcoming poets surviving skills in the poet industry.
Mauchi is known for his rhyming poems including Kurwara kwangu mai mwana and Nhai varoyi.