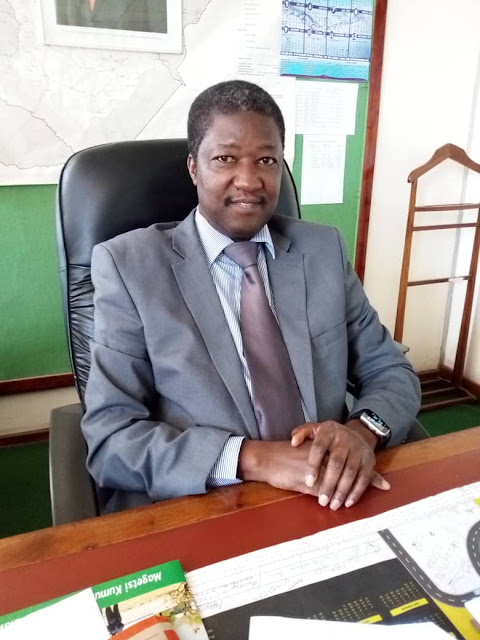 MASVINGO - In the 2019 national budget, government allocated a total of $703 million towards devolution, but questions about transparency in how the money is being used at local level are already being asked.
The money, government said, was going to be disbursed to provinces and then distributed down to local authorities through Provincial Development Coordinators working together with the ministry of Local Government.
Government, however, is yet to come up with an operational framework which will guide how the devolution process will work and how the money will be used. This means that the process within which government is distributing the money could be irregular as the legal guiding framework has not been established.
Without the operational framework and the absence of the provincial councils to superintend over the funds, there are a lot of transparency questions being asked, with some local authorities being accused of diverting the money from their intended use, or using the money for profligate purposes.
The devolution funds are supposed to be used for developmental projects benefiting communities, and the communities themselves need to have a say of priority projects.
Masvingo received its first batch of devolution funds to the tune of $33 million in February this year and was distributed to local authorities.
Some districts got bigger chunks than others depending on population and poverty indexes.
Bikita received $3.2 million, Chiredzi $5.6 million, Chivi $3 million, Gutu $3.8 million, Masvingo RDC $4.6 million, Mwenezi RDC $3.9 million, Zaka RDC $3.3 million, Masvingo City $893 000 and Chiredzi Town Council $394 000.
The second batch of $31 million came in June this year and Chiredzi and Mwenezi Rural District Councils received the biggest chunks.
Chiredzi Rural District Council received $3 211 876.51 followed by Mwenezi with $3 044 337.54. Bikita received $2 892 547.40 for Bikita, Gutu $2 877794.38, Zaka $2 931 952.88, Masvingo Rural $2 726 580.37 and Chivi $2 832 894.
Masvingo City Council and Chiredzi Town Council received $1 779 826.58 and $1 870 792.22 respectively.
Masvingo Provincial Development Coordinator Fungai Mbetsa said that the devolution funds have to be used after proper consultations with the communities but expressed concern over some local authorities, whom he could not name since they are still investigating, who are abusing the funds.
“We have received reports of some local authorities who are diverting the devolution funds from their intended purpose. These funds should be used in a manner that benefits and upgrade the lives of people in the communities not to build council offices and buy furniture as we are establishing.
“We are doing investigations into the use of the devolution funds by our local authorities,” said Mbetsa.
The Minister of State for Masvingo Provincial Affairs Ezra Chadzamira has called on all recipients of the devolution funds in the province to present their breakdowns on how they used their shares of the money.
Chadzamira told TellZim News that it was important to be transparent with the devolution funds which is why they are calling on all the local authorities who received money for their districts to present their breakdowns on how they used the money.
“We want transparency with the devolution funds. The money released by the government to the province has been distributed to the local authorities and each has to tell us how they used the money.
“The devolution funds have to be used to develop and improve the lives of our people,” said Chadzamira.
He said that some local authorities were using the devolution funds to build administration offices and furnish their offices.
“The community has to agree on the use of the money. It should not be decided in the office by one person or two.
“We have been receiving reports of some local authorities who have been using the devolution funds to upgrade their offices. What will our people benefit when a local authority builds an administration block and buy furniture for their offices?
“We will be getting to know how the funds have been used when each of the local authorities present their breakdowns,” said Chadzamira.
TellZim News established that Chiredzi RDC had resolved to use the devolution funds to build an administration block so that they can decongest the offices they are sharing with the Chiredzi Town Council.
Chiredzi RDC Acting Chief Executive Officer (CEO) Mikia Majatame however refused to comment on the matter saying he was not aware of such a resolution but said they had plans to build an administration block which he refused to disclose the source of funding.
“I am not aware of such a resolution. All I can tell you is that we have plans to construct a new administration block,” said Majatame.
Mwenezi RDC has also been accused of using devolution funds to refurbish their offices and buy office furniture.
Mwenezi RDC CEO Albert Chivanga could not be drawn into comment but inside sources said that a resolution was made but was quickly revoked after a public outcry.
“Our offices are in bad shape and they need to be refurbished. The council does not have money so they decided to take part of the devolution money to face lift the offices and buy furniture.
“People complained and threatened to report to higher offices and the council decided to let the storm calm,” said the source.