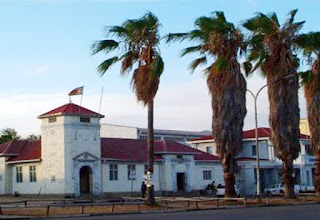 …US$20 million stands between residents and water

Upenyu Chaota
Despite being close to the biggest inland dams in the country with huge volumes of water, Masvingo city will see a dry festive season as the water situation remains dire.
Crippling power shortages at Bushmead Water Works and dilapidated water infrastructure has seen many residential areas like Runyararo West going for months without tap water.
As part of mitigation measures, Masvingo City Council has come up with a desperate water rationing schedule which has proven to be difficult to adhere to owing to power shortages.
Some residents feel that by introducing the water rationing schedule, council has attended to the symptoms of the problem and ignored the root cause.
Council blames the water crisis mainly on load shedding by the Zimbabwe Electricity Supply Authority (Zesa). As a result of the power shortages, Masvingo is largely dry in the day and dark in the night.
The city has degenerated into a village where women fetch water from boreholes, fetch firewood for cooking and do laundry on river banks.
Residents are likely to experience the worst Christmas in history, as they will be without water and electricity, thereby making it a gloomy festive season.
Open defecation is on the rise as people often do not have water to flush their toilets.
Council says the only way out of this predicament is embarking on a mega project of Water Augmentation Phase 2.
The city gets water from Lake Mutirikwi, which is one of the biggest water bodies in the country and at no level has the lake run out of water but the challenge remains pumping and purification.
Much of the water in the lack has traditionally gone to the low veld where it is used to irrigate sugarcane but the completion of Tugwi-Mukosi Dam means more water remains in Lake Mutirikwi yet less of it is getting to residents.
City of Masvingo mayor Collen Maboke told TellZim News that council applied for borrowing powers to the tune of US$20 million to implement the Water Augmentation Phase 2 project.
According to Maboke, this is the only permanent solution to the city’s water problems but the audacious project will not happen overnight, residents have to endure much longer.
“We have very expensive solutions to the crisis at hand. We need US$20 million to embark on Water Augmentation Phase 2 project. The council does not have this kind of money and we seek to borrow it.
“This is the only solution and we hope we will be allowed to borrow the money so that we kick start the project. Once completed, Masvingo will be in a position to pump and supply adequate water to its residents.
“For the time being, we have come up with a water rationing schedule which we hope will help alleviate the biting water challenges. Residents should know that their council is very concerned about this crisis,” said Maboke.
He said the council is proposing to install solar at the Bushmead Water Works as Zesa has refused to dedicate a powerline for the city’s source of water.
“We know there is no solution that comes without addressing power challenges so we are working on installing solar at our water works. We had considered a generator but it is too expensive and unsustainable.
“Solar is more permanent hence we are going for that. Again, it is not going to happen overnight. It is a process but we will make sure it happens as fast as possible,” said Maboke.
Masvingo United Residents and Ratepayers Alliance (Murra) said that the city council and Zesa have failed residents and a dry and dark Christmas awaits.
“When we talk of failure, Masvingo is a perfect case study. The city council has failed in its mandate to supply water to residents. They blame Zesa for the crisis but they should have seen it coming and invested in alternative sources of energy long back.
“Now we will play Christmas without water. How is that for Christmas? This is the best recipe for disaster and I wonder why some people are still in offices instead of resigning because they have failed.
“We need new ideas at the council to solve this crisis because we do not want their water rationing. All we want is a service we are paying for. What will happen if our people get sick and there are no doctors at the hospitals?
“The council has to make sure that water is readily available this festive season because there are a lot of people who will be visiting the city. It puts us in a bad space,” said Murra spokesperson Godfrey Mtimba.