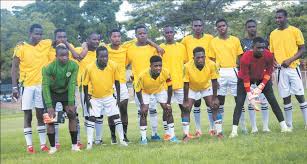 Bikita Minerals - Defending champions Nyika Netball Team and Bikita Football Team were last week crowned the queens and kings of the 2019 Chief Marozva Tournament held at Lithium Stadium.
The tournament, which is held annually, is a result of partnership between lithium mining company Bikita Minerals and reigning Chief Marozva, Phillip Mudhe.
Bikita Minerals CEO, Grant Hudson said he was pleased with the success of this year’s event, saying it demonstrated the spirit of cooperation between the mining company and its key stakeholders.
"We started this tournament as a way of entertaining the youths and the community at large. The tournament is played by 16 teams, eight in the netball category and eight in the football category. The tournament is one of our corporate social responsibility projects.
“Besides this, we also have other projects in the communities. We are building a clinic which will soon be opened by the first lady," said Grant.
In an interview after the match, Bikita Minerals community team attributed their continued success to hard work
"This is our fourth time winning this big tournament. This year, we used our local players from around the mining area and we did not use our Division One talent. We are very happy that we managed to defend our legacy using this new young talent," said coach Jephater Kuvheya.
Netball winners Nyaka also credited their success to hard work and solid team spirit.
"We are very elated that we won this tournament again. Last year, we were crowned champions of this tournament. The girls worked very hard in this great tournament so they really deserve this big glory," said Nyka coach Josephine Runokunda.
In football category Bikita minerals won the Chief Marozva trophy after defeating Mangondo 4-0 in the finals. In netball, Nyika walloped Bikita Minerals netball team with a huge goal difference.
Best teams in both soccer and netball category walked away with monetary prizes and the title holders were awarded trophies.
After the tournament, some players with the main Bikita Minerals football team received their awards which included best player, best goal scorer, and most disciplined player of the year.
The Bikita Minerals main football team, popularly known as Lithium Boys, play in the Zimbabwe Football Association (Zifa) Eastern Region Division One where they finished in the top six this season.