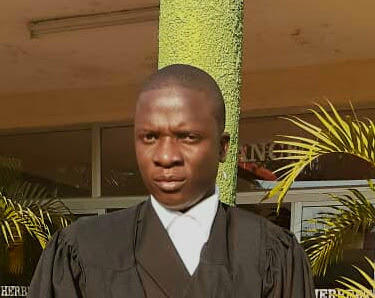 Categories of persons who cannot marry in Zimbabwe

The Customary Marriages Act [Chapter 5:07], the Marriage Act [Chapter 5:11] and of course the Constitution governs marriages in Zimbabwe. The gazetted Marriage Bill, 2019 seeks to repeal and replace the aforementioned two statutes and align Zimbabwe’s marriage laws to the Constitution. This article outlines the categories of persons who cannot marry in terms of the country’s marriage laws.

Children
Section 78(1) of the Constitution provides for marriage rights and is in tandem with International Conventions and Treaties to which Zimbabwe is a signatory. It sets eighteen years as the minimum age of marriage. However, at the time section 78(1) of the Constitution came into effect, section 22 of the Marriage Act allowed a sixteen year old girl to marry provided the guardians consented. It also empowered the Justice Minister to authorize marriage of boys under eighteen and girls under sixteen years. The Customary Marriages Act on the other hand, did not provide for a minimum age limit for marriage
The landmark Constitutional Court judgement of Mudzuru and Anor v Minister of Justice…CCZ 12/15 was a child marriages death knell. It declared the Marriage Act and the Customary Marriages Act unconstitutional and held that with effect from 20 January 2016, no person below the age of eighteen years may enter into any marriage, including an unregistered customary law union or any other union including one arising out of religion.
It’s been 4 years after Mudzuru was decided but it is disturbing to note that child marriages are still prevalent in Zimbabwe. Adults who in any way take part in child marriage arrangements must be prosecuted under section 94 Criminal Law (Codification & Reform) Act, Chapter 9:23. It is high time the relevant laws be aligned to the Constitution to ensure the smooth running of the wheels of justice.

Persons of the same sex
There has been growing concerns and advocacy for Lesbian, Gay, Bisexual and Transgender (LGBT) rights in Zimbabwe since the 90’s. The Constitution does not however provide for such rights. Former president, the late Robert Mugabe was internationally known for castigating the advocacy for LGBT rights. Section 78(3) of the Constitution expressly prohibits marriage of persons of the same sex. Consensual sexual intercourse between adults (sodomy) is an offence inviting a maximum penalty of one year imprisonment or a level fourteen fine. The case of S v Banana 2000 (1) ZLR 607 (S) demonstrates how sexual intercourse between persons of the same sex is frowned at in Zimbabwe.

Relatives
Persons of certain degree of relationships have always been prohibited from marrying since time immemorial. The common law crime of incest was codified through section 75 of the Criminal Law Code. If convicted, a person can be sentenced to a maximum of five years imprisonment or to pay a level fourteen fine.
Section 75(2) lays down the degree of relationships which can neither have sexual intercourse nor marry. Besides the common ones, also included are relationships between; parent and step/adopted child (even above 18years), any person and his or her ascendant or descendant, any person and a descendant of a brother or sister, whether of whole or half blood and between  any person and an ascendant or descendant of his or her former spouse.

Other Categories
Besides children, persons of the same sex and relatives, mentally challenged persons who cannot comprehend the nature of the marriage contract cannot marry. Parties to a Civil Marriage contract cannot marry as long as the marriage still subsist. Whilst a man customarily married can marry another wife, a woman in the same marriage cannot marry another husband.
Fiat Justitia Ruat Caelum!
Nyamukondiwa Fidelicy writes in his personal capacity. He holds a Diploma in Law and is a former Public Prosecutor at Masvingo Magistrates Court. He is a LLB (HONS) student at Herbert Chitepo Law School. Contactable on 0785827154 /nhanyams@yahoo.com.