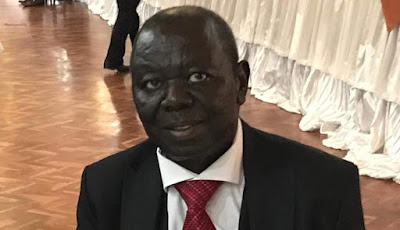 Mutare City Council has resolved to rename Second Street in the Central Business District (CBD) to Morgan Richard Tsvangirai, the former MDC leader who died of colon cancer on February 14, 2018.
The late Moven Mahachi, Moris Nyagumbo, Edgar Tekere and Kumbirai Kangai will also have streets named after them.
City of Mutare Mayor Blessing Tandi told TellZim News that councillors unanimously agreed to rename Second Street after the late Tsvangirai in honour of his contributions to the politics and democracy in the country.
“We are now in agreement with councilor Chabuka and Nyamhoka's proposal. We have agreed that Jeff Road be renamed to Edgar Tekere, Second Street to Morgan Richard Tsvangirai and First Street to Morris Nyagumbo.
“Aerodrome Road will be renamed to Moven Mahachi. We will deliberate on Kumbirai Kangai later," said Tandi.
He said Tsvangirai deserves a special place in the history of the country and renaming a street after him is not only befitting but appropriate.
“No one disputes the contributions made by Tsvangirai in the struggle for a democratic Zimbabwe. He stood up to a brutal regime when it was not fashionable to do so.
“He was brutalised but they did not break his resolve. His dream for a better Zimbabwe for everyone was more important to him than his life. Sadly, he did before that dream could be realised. We will inscribe his name into the history books because he was one of the finest leaders this country has ever produced,” said Tandi.
Tsvangirai has also received a similar honour in Masvingo where the city fathers agreed to rename Hofmeyer Street after the veteran opposition leader.