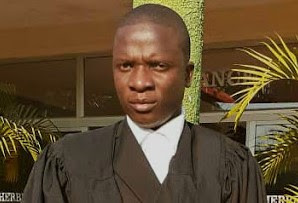 How is the Constitution amended?
The Constitution can be amended through what is known as a Constitutional Bill. The Speaker of Parliament must first give notice of an intention to make such amendment. This is essentially what was done through the Constitution of Zimbabwe Amendment (No.2) Bill [General Notice 2186 of 2019].Immediately after a notice is made, the Parliament must invite members of the public to express their views on the proposed amendments .Such views can be expressed by making written submissions to the Parliament or by participating in public meetings organised by the Parliament.  The Parliament has since set the public meeting dates and venues. The meetings will be held from 29 March to 4 April 2020.
After notice is given and after the public is given an opportunity to express their views, the Bill must be presented and debated in Parliament. This can only be done after 90 days of the date of notice.  The Bill in question will therefore be considered by Parliament only after 16 April 2020.
Members of both the National Assembly and the Senate must vote to pass the Bill. It must be passed by the affirmative votes of two-thirds of the membership of each House. If passed, it must thereafter be transmitted to the President for assent and signature. There are some types of amendments which must be subjected to a national referendum before being transmitted to the President for assent. However, none of the Bill’s proposed amendments require a national referendum.

The proposed amendments.
Every Bill has what are known as clauses. A clause is a distinct section or provision in a legal document or instrument. The 2019 Constitution Amendment Bill has 27 clauses. It is however not correct to say there are 27 proposed amendments.  Clause 1 for instance, sets out the name (short title) of the Bill. To conveniently unpack the Bill, I shall classify the proposed amendments and make use of thirteen numbered headings as following;
1.      The running mate concept.
In terms of the current system, only the President is voted for in an election. Soon after assuming office, the president picks and appoints two Vice Presidents of choice. In the event of the President ceasing to hold office for any reason, the Vice-President (VP) who last acted as President will take over until the ruling political party nominates a successor.
The 2013 Constitution introduced what is known as the running mate concept. This concept entails that a presidential candidate must pick and specify two persons who will be his/her first and second VPs in the event of winning the election. This means that if a citizen votes for a President, he/she will be simultaneously voting for two named VPs. Simply expressed, two aspiring VPs will run together with the presidential candidate on a joint ticket.  They will be his/her running mates in the election race.  The running mate concept demands that if an elected President, for any reason, ceases to hold office before the end of the term, the first VP will take over as President until the next presidential election.
It must be noted that when the 2013 Constitution became operational, the running mate concept was lawfully suspended for 10 years. This means that the running mate concept is set to become operational in the 2023 harmonized election. Clauses 2 to 9 of the Bill seeks to remove this running mate concept from the Constitution. This means that if the bill is passed, assented and signed into law, we will continue using the current system which allows the president to pick and appoint VPs after winning the election.
2.      Appointment of Ministers and Deputy Ministers
Ministers are ordinarily appointed from within the Parliament, that is from amongst Senators and Members of the National Assembly.  The Constitution allows the President to appoint a maximum of five Ministers and Deputy Ministers from outside Parliament. These must be chosen for their professional skills and competence. The non-parliamentary ministers are allowed to sit and speak in Parliament but cannot vote therein. Clause 10 of the Bill seeks to increase the number of such ministers from five to seven.

3.      Women and Youths in Parliament.
There currently exist what is known as a Party-list system of proportional representation. In terms of this system, 60 parliamentary seats are reserved for women.  Six women are elected from each of the 10 provinces of Zimbabwe. Each political party is allowed to field women candidates to contest for the 60 seats. In terms of the Constitution, this special provision to reserve seats for women was scheduled to run for the first two parliaments after 20 May 2013. This means that, there shall be no seats reserved for women in the 2023 harmonised elections. Clause 11 of the Bill seeks to extend the party list system for two additional parliaments. This means that if the Bill sails through, 60 women seats will be reserved in the 2023 elections and again in the next elections.
Clause 11 also proposes to introduce a similar party-list system which will see 10 parliamentary seats being reserved for youths. The Constitution define ‘Youths’ as people aged between the ages of fifteen and thirty-five.  Youths aged between twenty one and thirty-five will be eligible for election. In terms of the proposal, one youth member will be chosen from each province.

4.      Delimitation of Electoral boundaries
Delimitation in this context means the setting of electoral boundaries, that is to say the division of wards and constituencies. In terms of the current system, such boundaries are divided by ZEC, soon after the national census which is held after 10 years. Clause 12 of the Bill seeks to remove the 10 year period and the aspect of the delimitation being done after a population census. ZEC will have a discretion to determine when to set the electoral boundaries.
5.      Promotion of Judges.
For the avoidance of doubt, the Bill does not seek to amend the process of appointing ‘a person’ as a High Court or Labour Court Judge. The Bill proposes to amend the manner in which already sitting Judges are promoted. A judge is normally promoted through an appointment to a superior court.  The hierarchy is arguably as following; Labour Court, High Court, Supreme Court and or Constitutional Court. The current system mandates that a judge be subjected to a public interview before promotion. Clause 13 of the Bill proposes that the President be  allowed to promote sitting judges without subjecting them to the public interview process.
6.      Tenure of Judges.
In terms of the Constitution, all judges must automatically retire upon reaching 70 years of age. If the Bill is to be passed and signed into law, judges and acting judges of the Supreme Court and Constitutional Court will be allowed to extend tenure for a maximum of five, one year periods. Put differently, Supreme Court and Constitutional Court Judges will be able to serve as judges until they attain 75years if they so wish. The judge so wishing will have to submit a medical report confirming that he/she is still mentally and physically fit to remain in office. The Bill proposes that the report be submitted to the President who will have to consult the Judicial Service Commission (JSC) in determining the ‘application’ for extension.
7.      Appointment of Prosecutor General.
The current system entails that the Prosecutor General (PG), that is to say the head of the National Prosecuting Authority (NPA) is appointed through a public interview process conducted by the JSC. The JSC first advertises the post after which the public and the President nominates candidates. Those nominated will be subjected to public interviews. The JSC then prepares a list of the best three candidates. The President then picks the PG from that list …Clause 19 proposes that the President be allowed to appoint the PG without advertisement of the post, nominations nor the public interview process. What the president ought to do in terms of the Bill is to seek advice from the JSC.

8.      Removal of the Prosecutor General
The current system provides that the PG is removed from office due to ‘gross misconduct’ among other factors. The Bill proposes ‘serious misconduct’ in place of ‘gross misconduct’. The current system provides that the appointment of a tribunal to determine the suitability of the PG is recommended by the JSC. The Bill seeks to introduce a system in which the President considers the appointment of a tribunal on his/her own initiative.
The Constitution provides that in determining whether or not a PG must be removed, the President must act on the recommendation of the tribunal. If the Bill is to be passed, the President will no longer be mandated to act on the Tribunal’s recommendations. The current system provides that at least one of the members of the tribunal be a lawyer chosen by the Law Society of Zimbabwe. The Bill disregards the latter provision.

10.  The ZHRC & Office Public Protector.
There used to be an office of the Ombudsman before it was later renamed to Public Protector (PP). The Constitution abolished this office and conferred its powers to the Zimbabwe Human Rights Commission (ZHRC). Clause 18 of the Bill proposes to recreate the PP’s office. The President will appoint the PP and his/her deputy after consulting the JSC and the Parliament’s Committee on Standing Rules and Orders.

A Public official or institution may at times act in a manner which results in injustice. The office of the PP will be responsible for investigating such injustices in cases where there would be no court remedies for the aggrieved person. The PP will also take over functions of the ZHRC in the investigation and administration of justice in cases involving public officers or public institutions. Clause 17 proposes that the ZHRC takes over some investigations instituted by the PP and further proposes that it refers some investigations to the PP. The Bill proposes that there be an Act of parliament which may confer additional functions of the PP or exempt some public officials and institutions from being investigated by the PP.

12.  Parliament Control over Fiscal Obligations.
To allow the Parliament to control fiscal obligations that impose heavy burdens on the country, the Constitution provides that an agreement which is not an international treaty but which has been concluded by the President with one or more foreign organisations or entities and which imposes fiscal obligations on the country is not binding on the country until it has been approved by Parliament. The Bill seeks to reduce Parliament’s control by using the term ‘international organisation’ in place of ‘foreign organisation’.
13.  Minor Amendments
Chapter 10 of the Constitution makes provision for the Civil Service which is responsible for administering the country. Clause 15 of the bill proposes to change the description and name of the Civil Service to ‘Public Service’. Clause 27 provides for the substitution of the term ‘Civil Service Commission’. It proposes that it be referred to as the ‘Public Service Commission’.

Conclusion.
As long as the Constitution amendment procedure set out in section 328 of the Constitution is strictly followed, nothing ought to stop the Constitution of Zimbabwe Amendment (No.2) Bill, 2019 from being passed into law. So far, everything seem to have been done above board. The Parliament has since opened the floor for citizens to make written submissions regarding the Constitutional Bill. The dates and venues for public meetings have since been set. Those who wish to criticize, condemn, applaud or commend the Bill have an opportunity to peacefully do so during these public meetings. It is hoped that this editorial will be a handy tool for academics, lawyers, politicians, students, journalists or concerned citizens who wish to analyse the Bill.
Fiat Justitia Ruat Caelum!