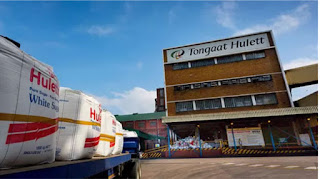 CHIREDZI - Out-grower farmers under the Zimbabwe Sugarcane Growers Collective (ZSGC) recently petitioned Tongaat Hulett Zimbabwe (THZ) complaining over what they consider to be an exploitative working relationship between them.

The farmers allege that THZ is failing to take reasonable measures to preserve, protect and promote the dignity and viability of the sugarcane growers.

The farmers signed a milling agreement with Tongaat Hulett Zimbabwe for the processing of sugarcane into raw sugar.

Through the arrangement, farmers pay a milling fee to THZ under the Division of Proceeds (DoP) ratio of 87:23 percent.

ZSGC, however, feels there are now several new factors that must be considered in light of a changed environment characterised by higher production costs.

The petition was delivered by Bernadette Chipembere and signed by Anatholia Mukwe and Kutsirai Mufari as witnesses.

On July 2019, the Zimbabwe Revenue Authority (ZIMRA) issued a directive that 15 percent VAT must be charged on the miller’s 23 percent DoP share of cane revenue but THZ sought relief in the courts.

“On the 5th of July 2019, the THZ Finance Director confirmed to all sugarcane growers by a way of letter that the Zimbabwe Revenue Authority had issued a directive to the effect that the 15% was applicable on DoP share of cane revenue regardless of the nature of the cane supply agreement.

“It is common cause that THZ has now sought legal relief to object to the ZIMRA directive , and has in the same instance arbitrarily taken an untenable antagonistic position to levy the 15% VAT on top of the milling agreement,” reads the petition.

The petition also underlined alleged disparities in the grading process where farmers are not technically involved.

One sugarcane farmer and businessman, Saul Chin’anga said he hoped the petition will be treated with urgency it deserved by the Managing Director Aiden Mhere.

“This matter is beyond all these new guys and the 13 retired executives from Tongaat Hulett. The matter sits with Mhere so the recent appointments will not make any difference,” said Chin’anga.