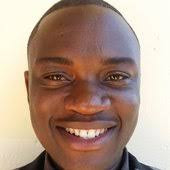 Justice Neville Wamambo concurred with defence lawyer Martin Mureri, who is acting on behalf of the Zimbabwe Lawyers for Human Rights (ZLHR), that Kurauone was not a flight risk.

The Masvingo Urban Ward 4 councillor reported to the Masvingo police Law and Order Section on July 06 in the company of Mureri and was immediately arrested for allegedly undermining the President.

He was taken to the Magistrates' Court the next morning and was denied bail and spent all the following days at Masvingo Remand Prison.

His arrest came in the wake of the arrest of his alleged accomplices Ephraim Mutombeni and Godfrey Mtimba on similar charges.

While Mtimba has been waiting to be informed about his court appearance date, Mutombeni was released on bail on July 06 after languishing in remand prison for a week.