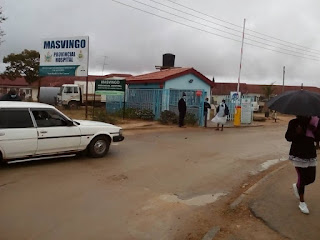 Masvingo Provincial Hospital has opened an investigation into their accounts officer’s conduct after it emerged that he was using his personal EcoCash account to receive funds from patients.

TellZim News recently published a story from which patients were questioning why they were being made to pay hospital fees into the accountant, Semucle Ganyani’s, personal EcoCash account instead of the hospital’s account

Masvingo Provincial Hospital public relations officer Ruth Zulu said they have since initiated an investigation to see how the funds were handled.

“We were not aware of this development until we read in the newspaper that our accounts officer was using his personal EcoCash to receive hospital funds.

“We would like to get to the bottom of the matter and we would like all those who have been made to pay into Ganyani’s account to come forward with the receipts they were given so that we can verify if they are genuine,” said Zulu.

Speaking at TellZim offices where she had come to try get more details about the matter, Zulu said it was illegal for hospital staff to use their personal accounts to receive hospital money.

“The hospital has its forms of payments and it is illegal to use one’s personal account. When the hospital payment methods are all down, which is highly unlikely, we would let patients go and they will come and pay later rather than use a personal account.

“We have since questioned the accountant and he told us that the hospital EcoCash platform was down and he used his personal account for EcoCash payments and he would then swipe for the same amount using his card.

“We will go and get the bank records to see if there are any transactions swiped by Ganyani’s card,” said Zulu.