CHIREDZI – The Minister of State for Masvingo Provincial Affairs and Devolution, Ezra Chadzamira has expressed delight at efforts made by a local construction company, Ngomla Investments Pvt Ltd to diversify its operations towards hand sanitizer production.

Speaking during the tour of the company's newly-procured sanitizer production plant in Chiredzi, Chadzamira said government was impressed by private players who continue to complement government efforts in the fight against Covid-19.

"We are very impressed as a province by the work which we have seen being done by Ngomla Investments here at their sanitizer production plant.

“As government, we are very delighted when our own local companies invest in businesses with an immediate bearing on the wellbeing of the people of Zimbabwe. We know this company has its very roots in construction and it’s pleasing that they have ventured into another field which is probably more critical at this point in time," said Chadzamira.

The company is expected to produce enough sanitizers to supply the whole province and beyond.

Ngomla Investments managing director Tawanda Mangoma said the company was moved by the realisation that proper sanitizers with an alcohol base remained a rarity especially in rural communities which are no more or less vulnerable to the coronavirus than any other community set-up.

“The district of Chiredzi borders Mozambique and South Africa and given the reality of illegal border crossings, we thought of people in remote areas such as Davata, Sango, Malipati whom we felt could be better served if an affordable, locally-made sanitizer is supplied to them, " said Mangoma. 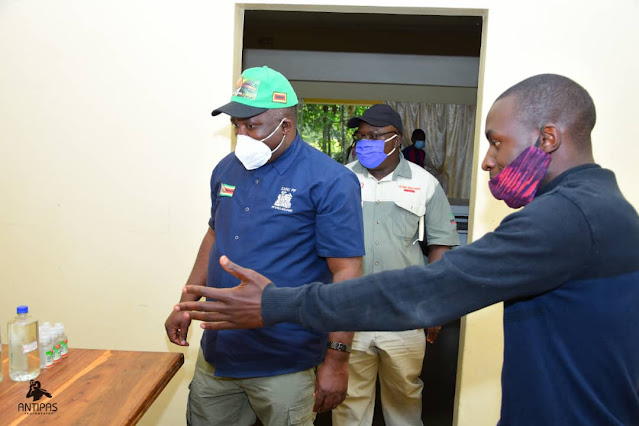