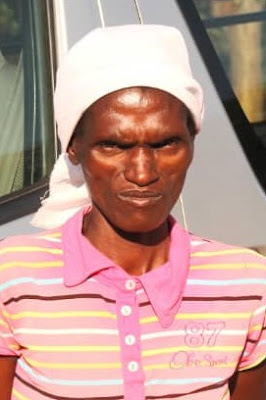 A Zvishavane woman suffering severe fibroids was recently given a new lease of life after Shekinah Glory, a charity organization, helped her undergo medical surgery at a cost of $40 000.

For a long time, Edna Nyoni of Shonhai Village under Chief Mapanzure, had suffered from the fibroids that were manifesting in several ways including an abnormally-protruded stomach.

Her tummy had grown so big that she appeared as though she was heavily pregnant, while a continuous flow of blood made the situation even worse.

Her relief came when Shekinah Glory learnt about her predicament and began working on modalities for her medical operation which was conducted at Gweru General Hospital on June 16.

The organization is assisting many people living with HIV and Aids under its Ndine Hanya (I Care) programme.

It is through this programme that Nyoni got to meet Bvekwa to ask for help as she had heard that Shekinah Glory could be in position to help.

After listening to Nyoni’s story, Bvekwa was greatly touched by her plight and she set out to look for ways to help her.

In an interview with TellZim News, Nyoni, who is a 37-year-old mother of three, said she had almost lost all hope.

“It was a tough time for me. I used to stay with my husband in Mberengwa but when my situation worsened in 2018, my husband took me to my parents’ place where he left me and never returned. I suffered until the help I got courtesy of Shekinah Glory. My father could not afford the money that was required for the whole process to get me operated.

“I thank God for sending me Juliet Bvekwa and her team at Shekinah Glory because I am now completely healed with all the fibroids removed,” said Nyoni.

School fees for one of her two daughters who attend Mabhazuli Primary is now being paid by a teacher who felt sorry for the family’s dire circumstances.

Shekinah Glory Children’s Home manager, Susan Magama said she was glad that the organization’s efforts had paid off.

“We have to thank God who helps the needy and vulnerable, and who also restores hope where all hope has been lost. We have a good leader in Juliet Bvekwa who used her own salary to pay for Edna’s treatment,” said Magama.

Her words were supported by Shekinah Glory programmes coordinator Junias Chirongoma who said the organization was doing a lot with very little resources.

“We are currently paying fees for 177 children in various primary and secondary schools in Zvishavane. We are also supporting five children at different universities with tuition and some of their other requirements,” Chirongoma.