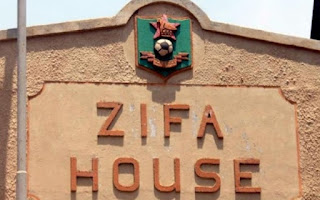 …as transparency concerns are raised

The Zimbabwe Football Association (Zifa) Eastern Region has begun distributing the Covid-19 bailout package to the affiliated Division One teams.

Zifa received a total of US$1.3million from Fédération Internationale de Football Association (Fifa) and Confederation of African Football (Caf) as a Covid-19 relief package and the Eastern region received an allocation of $1.6million in local currency.

Zifa Eastern Region chairperson Davison Muchena confirmed to have started disbursing the funds but admitted that there was no consensus between club chairpersons.

“We held a meeting over the weekend with club chairpersons on how we should distribute the funds which we received from the national office.

“Yes there were concerns from other chairpersons stating that the funds were too little and will be easily eroded by inflation, but at the end of the day we came out with a decision to distribute that which we received as we wait for more,” said Muchena.

The Felton Kamambo led Zifa executive has stirred more controversy over transparency on the distribution of funds and is failing to give a satisfactory answer why they chose to convert the Covid-19 bailout package into local currency.

One of the club chairpersons who spoke on condition of anonymity accused Zifa of trying to fleece them of the money by giving them local currency and playing with figures.

“If people hear that a D1 club was given $85 000 they will think that we got a lot of money but this is not enough to foot our expenses.

“Why did Zifa national choose to change the money from US Dollars? There is something fishy here, by the time we access this money inflation will have done the damage, they are just talking big figures to confuse people,” he said.

Clubs are reportedly going to receive $85 000 each as the first phase of the relief package from Zifa.

Masvingo United FC chairperson Hubert Fidze said his club was yet to receive the money and was making a follow up on processing of the funds.

Other three regions have also reportedly started distributing funds to their affiliates with each team expecting to get their bite of the cherry.