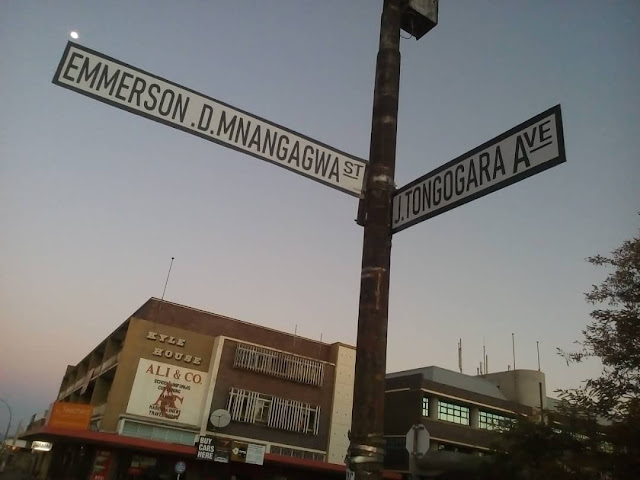 City of Masvingo’s quest to rename Hofmeyer Street after Morgan Tsvangirai has failed after the Ministry of Local Government, Public Works and National Housing ignored the recommendation and gave the street to Simon Muzenda instead.

On July 31, council employees began pulling down street signage bearing the names of the British pioneers who settled the land on modern day Masvingo; Hughes, Hofmeyer and Hellet, and replaced them with Emmerson D. Mnangagwa, Simon Muzenda and Shuvai Mahofa respectively.

This was in compliance with a mid-July directive from the Minister of Local Governance, Public Works and National Housing, July Moyo to rename some of the streets in the city in honour of Zanu PF heroes.

The minister renamed over 80 roads in Harare, Bulawayo, Gweru, Mutare, Masvingo, Kwekwe, Bindura, Chegutu and Chipinge which all now have a road named after President Emmerson Mnangagwa.

Prior to that, Masvingo – which has majority MDC Alliance councillors – had drawn up its own list and had intended to rename Hofmeyer, Hellet and Greenfield after Tsvangirai, Mahofa and Eddison Zvobgo but this was ignored.

When asked by TellZim News why they had not stuck to their guns in terms of street naming and renaming influence vested in local authorities by the Urban Councils Act, Masvingo Mayor Collen Maboke said the issue had been politicised.

“There is serious politics involved in the whole thing. We had made our recommendations as council but the minister has had his own way. The Urban Councils Act requires the ministry to consult with council for any renaming exercise but ‘consult’ may mean anything. They simply made token consultations and had their way. It was all about politics,” said Maboke.

When asked if the exercise of removing old signage and erection of new signage had been budgeted for, Maboke said it was not.

“We woke up to see council management putting up new signs but the 2020 budget given to us as councillors did not contain those expenses. It’s unfortunate that I can’t sustain a row with the minister because effectively, he is like my boss. It would be bad for council if we pick up fights with higher authorities at every turn,” said Maboke.

City of Masvingo acting town clerk Edward Mukaratirwa, however, disputed Maboke’s claims, saying everything had been budgeted for.

“Yes, it is contained in the budget. The law requires standardised signage that is recognisable even from outside the country.

“It is true we as a city had made our own proposals with the regards to the renaming exercise but then the minister gazetted other names through a Statutory Instrument which then became law to us. That is why we have begun the process of changing the signage,” said Mukaratirwa.

It is not clear, however, how the project could have been budgeted for when the minister’s directives only became known last month after the gazetting of the new names.

Masvingo United Residents and Ratepayers Alliance (Murra) information officer Godfrey Mtimba said reports that the matter was not budgeted for was alarming.

“We note the renaming exercise and take exception to the fact that the project was not budgeted for. We are looking at our options so that we can effectively demand accountability and transparency because we believe resources were diverted from key service delivery areas,” said Mtimba.