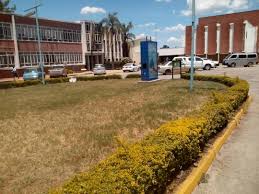 Masvingo City Council is reintroducing interest on all unpaid bills starting this month in an effort to force residents and ratepayers to settle their dues, TellZim can report.

This was said at a 2020 mid-year budget review meeting today, September 02, where the local authority engaged residents, residents’ associations and the business community.

“As council, we will embark on a promotional campaign to encourage our residents to pay their bills. We are going to charge interest on overdue accounts starting this month. Probably we will face challenges but we will do so according to the prevailing market rate,” said Jori.

Council had scrapped interests on all bills after the coronavirus-induced national lockdown.

Masvingo United Residents and Ratepayers Alliance (Murra) information officer Godfrey Mtimba said the move was counterproductive as it will result on more defaulting in the timely payment of bills.

“This will worsen the situation because residents are already struggling to pay their debts due to the effects of the lockdown on their sources of income.

“In this current situation, we expect them to introduce incentives as a way of encouraging those who make a sincere effort to clear their arrears,” said Mtimba.

“We feel residents were not notified and this is being rushed. Council should have given people a notification period of at least two months. We need to sit down and plan on how we could notify our residents. As Masdrra, we are going to fight this, we will not fold our hands,” said Mavhusa.

Council is owed a total of $131.2 million mostly by government departments that include the security services and the ministries that hardly pay their bills.