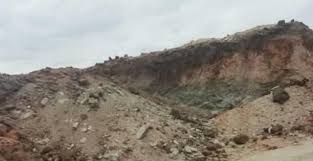 ZAKA - An illegal mining expedition turned into a tragedy after a woman from Gachiti village near Perirendava area under Chief Bota died after a mine shaft which she was working in collapsed.

Ward 30 Councillor Fortune Maputsa confirmed the incident and said they were saddened by the loss of life of a woman who was the sole breadwinner of a family of five.

Although Masvingo provincial police spokesperson Charity Mazula said that the report had not yet reached her office, TellZim News established that the woman’s name is Mavis Jakata who left a three-year-old child.

Maputsa told TellZim News that Jakata was working in a three metre deep shaft when the tragedy occurred.

“Witnesses said the woman had turned down a request by another miner to work on her ore which she had dug out. It is not clear how the ore ended up falling back in the pit in which she worked,” said Maputsa

He said other miners reportedly fled from the scene only to come back some time later to dig her out of the pit.

“Those who were close ran away when they heard what had happened but later came back and started digging. They found her unconscious and rushed her to Bota Clinic where she was pronounced dead upon arrival,” he said.

Maputsa said a team from Environmental Management Agencies (EMA), Zaka Rural District Council (RDC) and the police visited the scene after the incident to assess the area.

“Representatives from EMA said the area was fit for mining but those who intend to do the mining should register and regularise so that they be helped to adhere to safety measures,” said Maputsa.

He said three more people had escaped death at the same place before the recent incident, with one of them yet to fully recover.