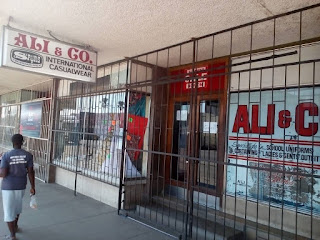 Ash Lambert, who is nephew to the late Ali, said his uncle had been ill for about a week before he was taken to the hospital where he passed on.

“We are shuttered by his death. He just became sickly for about a week and he displayed some pneumonia-like symptoms and he was taken to hospital yesterday where he then died. His Covid-19 results came back positive,” said the younger Lambert.

As owner of Ali & Co, a business specialising in clothing, school uniforms and special garments; Ali was an integral part of the local business community, and would support vulnerable members of the community including orphanages and old people’s homes.

The late Ali will be buried this afternoon at Lawn Cemetery in Eastvale in accordance with the burial practices of his Islamic faith.

He becomes the fifth official Covid-19 fatality in Masvingo province.