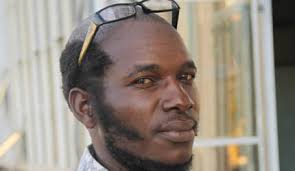 Masvingo-based comedian David Mubaiwa, popularly known as Sabhuku Vharazipi, has dismissed rumours to the effect that he had died in a road traffic accident, TellZim News can report.

The social media hoax, which began circulating on WhatsApp today, November 12, claimed that Mubaiwa had died ‘on the road to Bulawayo when a Honda CRV he was travelling in collided with a truck’.

“These are all falsehoods being spread by people with malicious intent. I don’t even know what the people circulating those insensitive rumours want to achieve. This is not the first time this has happened as I also suffered similar falsehoods a few years ago,” Mubaiwa told TellZim News by phone.

He said he was alive and well at his home in the Zvamahande communal lands in Mashava.

Mubaiwa also said he will continue to do the work he loves to do and ignore all the malicious talk.