Woman resurfaces after 40 years with mermaids 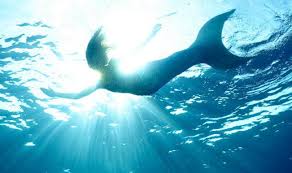 MWENEZI – An 8-year-old girl who was reportedly snatched away by a mermaid spirit while bathing along a stream some 40 years ago has reportedly resurfaced, TellZim News has heard.

Rowai Chihwakwa, of Matande village under Chief Negari in Ward 2 of Mwenezi East, resurfaced a few days ago after her family members engaged some traditional healers who performed intense rituals at the scene of her disappearance for several days.

The now grown woman is said to have disappeared while bathing along Matande stream which feeds into Runde River.

In a phone interview with TellZim News , Rowai’s brother Alfred Chihwakwa, who is MDC Alliance Mwenezi East district chairperson, confirmed that her sister was indeed back from the unknown spiritual world.

"It’s true my sister Rowai came reappeared on Saturday (October 31) after we engaged the services of a woman from Zaka. As I am speaking right now, I am with her but she is still struggling to speak and eat. She does not look that old though. We hope that by tomorrow she will be stable and as a family we will be able to divulge more information,” said Chihwakwa.

The family refused to provide TellZIm News with a picture of the returnee, saying she was still under the care of traditional healers who needed to perform all the necessary rites first.

When contacted for comment Chief Negari said he was aware that the Chihwakwa family had for several years been making efforts to retrieve their relative.

"I heard about it last night so I will look for more details about the issue. What I truly know is that the family members engaged me and they informed me that they will bring some healers who will retrieve the body of their daughter who disappeared several years ago. I authorised them to go ahead with the programme because they had been doing this almost every year," said Chief Negari.