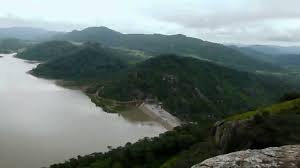 In 2014, Masvingo Province received heavy rains which swelled the giant Tugwi-Mukosi dam displacing over 3 000 families and destroying with it millions of dollars’ worth of property and livestock.

The current rains being received in the province are a reminiscent of the chilling February 2014 downpours which caused the Tugwi-Mukosi national disaster as the dam has now reached a record 86 percent and the rains continue.

The continuous swelling of Tugwi-Mukosi dam over the past weeks has posed a threat to the people living downstream prompting the Civil Protection Unit (CPU) to be on high alert.

The CPU and Zimbabwe National Water Authority (ZINWA) have reportedly alerted families living downstream of the imminent danger as the rains keep pounding.

Tributaries pouring into the dam are reportedly full to capacity and Muzhwi dam which is upstream of Tugwi Mukosi is also spilling.

“What is critical at this stage is to intensify awareness especially to communities downstream because if the dam begins to spill they will be affected.

“This is what we are doing with three DDC’S from Chivi, Masvingo and Chiredzi working with traditional leaders so that we make people aware of the dangers of the possible spilling,” said Sakupwanya.

He also said that communities downstream should be re ready to move to safer places which have already been identified.

“People living downstream should be ready to evacuate those places and go to higher grounds. We had already identified safe places to house during the alert of Cyclone Chalane so we have places readily available,” said Sakupwanya.

Masvingo province has been experiencing flash floods in recent weeks and many people have lost valuable while some have been swept away.

A family was marooned in Chiredzi, four lives were reportedly lost while some families lost valuables in Chivi after the area received substantial rains which prompted flooding of rivers and other areas with bad drainage.