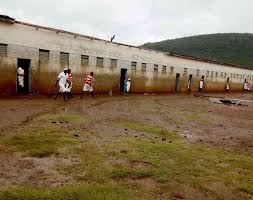 MASVINGO – Though correctional facilities in the country have come up with measures to limit prison visits to outsiders as a preventive measure against the novel coronavirus, the pandemic seems to have found its way into the ‘over crowded’ Mutimurefu prison cells where latest tests show that 78 inmates have tested positive to Covid-19.

Masvingo provincial Covid-19 taskforce spokesperson, Rodgers Irimayi, said contrary to some claims that 110 inmates at Mutimurefu prison had tested positive to the virus, only 78 cases had been recorded with isolation procedures having been put in place to curb the spread.

“So far recorded positive cases at Mutimurefu prison stand at 78 only as at January 27. I don’t know where the inflated figures are coming from. There are reports that 110 inmates had tested positive to Covid-19 but that is not true.

“I even called officials at Mutimurefu today (January 27) and the cases haven’t increased. The 78 are all inmates and they are isolating with the help of prison health officers,” said Irimayi.

“We have tested quite a number of inmates and those that have tested positive are isolating and being treated as per symptom in cells which have been specifically reserved for Covid-19 cases.

“In Chiredzi we also have an isolation centre for inmates who test positive,” said Sanike.

Commenting on the issue of dealing with severe cases and overcrowded cells, Sanike said they work in liaison with health officials but declined to reveal the total number of inmates citing security reasons.

“As for the capacity and the total number of inmates who are currently at Mutimurefu, I am not authorized to give you the figures for security reasons but prisoners are not overcrowded in cells,” said Sanike.

Mutimurefu prison has a capacity of 800 inmates but is reportedly accommodating inmates who surpass its carrying capacity.