Of Masvingo’s scofflaws and surge in Covid-19 cases 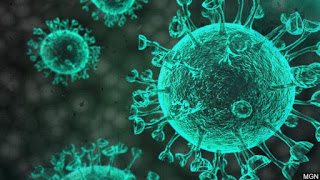 With the country under a strict 30-day-long national lockdown which the authorities believe will help to flatten the Covid-19 pandemic curve, many Zimbabweans were caught unprepared as they came from the festive season.

The festive season is usually a time of merry-making and spending, with families reuniting with those returning from the diaspora.

The movement of people during the festive season caused a huge surge in Covid-19 cases and deaths since the first cases were recorded in March last year.

Since March last year, the country has been on different levels of the Covid-19 induced lockdown. At some point, the pandemic seemed largely contained, but only for the nation to be surprised by a second wave which has proved to be deadlier.

Masvingo province had only two active cases as of July 09, 2020, but is now getting overwhelmed, with authorities blaming unlawful acts as the major contributor to the recent sharp spike in the infection rate.

As of January 11, 2021, a total of 27 585 arrests had been made while 11 183 cars had been impounded across the province for failing to adhere to the lockdown regulations since March last year.

January 05, 2021, saw a return of a much intense level four lockdown across the country amidst a great surge in the number of infections.

From January 05 - 11, Masvingo recorded 1 672 arrests while 373 cars have been impounded. The new level four lockdown came with a host of conditions including; closure of beer halls, bottle stores, banning of gatherings, 6pm to 6am curfew among other stringent measures.

However, the police have been busy enforcing the measures with significant arrests being made across the province and most of them coming from the urban areas.

Police have been out in full force making arrests and using minimal force on those caught on the wrong side of the lockdown laws.

Provincial police spokesperson, Inspector Kudakwashe Dhewa said they were out in full force to make sure the regulations are being followed and warned defaulters that the law will take its course.

“From our assessment, we are seeing a positive response. The police are on high alert, enforcing the set regulations and people have seen that disobedience isn’t paying because lawbreakers are being arrested. We are talking very loudly about compliance,” said Dhewa.

He also warned those engaging in illegal activities that contradict the set rules that the police will pounce on them and that they will answer for their actions.

“We want to warn those operating shebeens and beer halls to stop forthwith. Our thrust is to stop the spread of the pandemic not to punish them but if they don’t take heed of what the government directives, they give us no option but to make arrests. Even those who are moving unnecessarily and after the stipulated curfew hours will be arrested,” added Dhewa.

However, some have blamed law enforcers not only in Masvingo but across the country for selective application of the law even at roadblocks where alleged corruption can give travellers the right of passage.

Critics also say law enforcers must also avoid touching exemption letters and any form of exemption being used by the public on roadblocks as this may be a super-spreaders of the virus.

The provincial Covid-19 taskforce is, however, concerned with the level of ignorance in high-density suburbs where people are moving around without properly wearing facemasks.

Masvingo Province Covid-19 taskforce spokesperson, Rodgers Irimayi said the compliance was fair but bemoaned that the high-density areas were a cause for concern as residents are roaming around without face masks.

“Generally in our province, people are trying to comply but some think these measures were put in place for those in cities only. We have also noted that in residential areas people are moving without face masks.

“One of our major problems is revelers who are unscrupulously finding means to meet and drink alcohol. Some are operating shabeens and we are unleashing the police to make arrests so that we contain this pandemic,” said Irimayi.

Some are rather wearing masks when they meet law enforcers and some don’t bother to wear the masks even at boreholes where they will be jostling for water.

With service delivery on its knees in the country, Masvingo has also experienced a service delivery catastrophe especially when it comes to water supply and this has prompted meandering and long queues, handling of the borehole without proper safety measures being followed and maximum contact.

This is also another area that can be a breeding place for the virus and washing of hands and sanitization should be regularly done.

With the economy on its knees and the majority being informal traders, law enforcement agencies have been engaging in running battles with vendors in high-density suburbs who are trying to make ends meet but rather end up getting carried away and forget about Covid-19 preventative measures.

As cases surge, it is a public secret that there is a need for the general populace to start thinking straight and accept that this pandemic is real and deadly.