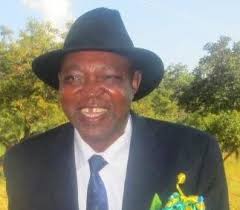 Phainos Makwarimba, who is the Zanu PF deputy provincial commissar and son to the late Makwarimba, said his family was devastated by the loss.

“He developed a kidney problem three days before and we took him to Morgenster Hospital where he later passed on. The doctors did two Covid-19 tests on him and the results came back negative but they performed a third test as they had reasonable grounds to suspect Covid-19 and it has just come out positive. As a family, we are shuttered by the loss of our father,” said Phainos.

He also said the family was in close consultations with the party for guidance on burial arrangements.

No comment could be obtained from Zanu PF provincial chairperson Ezra Chadzamira, who is also the Minister of State for Masvingo Provincial Affairs and Devolution,  and provincial political commissar Jevas Masosota as their phones were unreachable.

Makwarimba joined Masvingo RDC in 1977 and rose through the ranks to become the CEO in 1993, a position he held until his retirement in 2013.

He is survived by his wife Tendai, five children and several grandchildren.