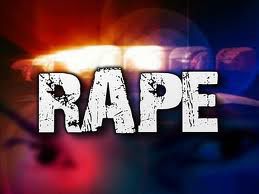 CHIPINGE – A woman from Gaza last week made a scene at the magistrate’s court after her ‘rapist’ boyfriend turned husband was acquitted on rape charges.

The woman claimed that her husband had raped her before they got married sometime in 2019 and could not report the case because she was promised marriage among other undisclosed commitments.

The state led by Thembeleni Dhliwayo told the court that at an unknown date in 2019, the accused raped her the girlfriend and now wife in a car along Mutakura Dam route.

It is alleged that the accused met the complainant at Chinheya shops, Gaza Township, Chipinge and the two fell in love.

At an unknown date the accused contacted the complainant over the cell phone and requested her to accompany him to Chimanimani and she accepted.

The two went on with Honda fit vehicle and upon arrival at Mashiri, the accused changed direction and drove along Mutakura Dam route.

He pulled off the road along the wattle tree plantation, closed windows and locked the doors before starting to fondle the complainant’s breasts and had sexual intercourse once without her consent.

The accused later married the complainant in an arrangement which would buy her silence on the matter.

It was heard that the accused later went back on his promises prompting the woman to report the case to the police leading to the arrest of the accused.
Share !