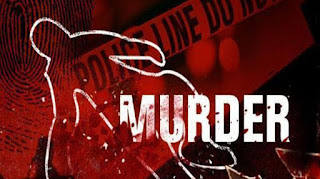 NGUNDU –The community here is struggling to come to terms with the sudden death of a one-year-old baby who was smashed to death by her own mother inside a kitchen hut.

Masvingo provincial police spokesperson Inspector Kudakwashe Dhehwa confirmed the incident saying Leina Hundivenga (26) from Joromiya village under Chief Shindi in Chivi was brought back to her parents’ home on February 20, 2021 by her husband Munyaradzi Tsikai due to prolonged illness of severe headache.

On February 22, 2021 at around 1400 hours, Hundivenga was breastfeeding her one-year-old son David Tsikai while chatting with her other 13-year-old child outside their kitchen.

Hundivenga then took her one-year-old baby with her inside the kitchen and locked the door.

The 13-year-old juvenile suddenly heard a strange noise of something being crushed in the kitchen before seeing Tsikai lying in a pool of blood.

The juvenile rushed to call Hundivenga’s mother Dorika Chikwirira (61) who was washing the dishes outside and she hurriedly broke in the house and took the baby who was motionless with no sign of life.

Hundivenga started running around the house in a disorderly manner, showing signs of hallucinations.

The neighbors were alerted about her strange behavior and they caught and tied her up.

Chikwirira took the baby to Shindi Clinic at Neshuro where he passed on at around 2200hours on the same day.

A report was made at the Neshuro Police Station and Hundivenga was arrested.

Dhehwa advised members of the public to take their mentally challenged relatives to the hospitals and to make sure that they are closely monitored to avoid putting others in danger.