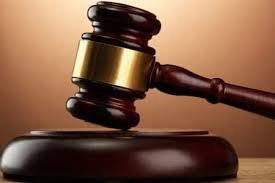 MASVINGO- Two touts who ply their trade at Old Croco Motors, were last week dragged to court after they were arrested whilst fighting over unfair allocation of US$2 which they had got from a motorist.

Trust Chingovo and Garaipano Ziurayi appeared before Masvingo Magistrate Consepter Ngwerume on February 26, 2021 facing three counts of public fighting, touting and unnecessary movement during lockdown as defined in Section 4 (a) of the SI 83 /20 and violation of lockdown regulations.

The two who pleaded guilty to unnecessary movement and denied the other two counts of public fighting and touting were sentenced to 160 days imprisonment, which were wholly suspended on condition that they pay $5 000 fine.

It was the state’s case that on February 24, 2021, at around 1630 hours the duo were fighting over the sharing of money they had gained from touting at Old Croco Motors.

The fight attracted the attention of police officers on patrol who arrested the duo before asking for lockdown movement exemption letters which they failed to produce.