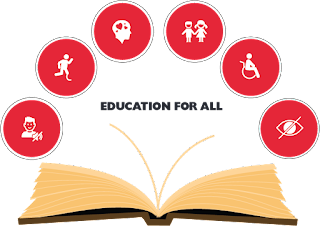 A Form One pupil at Berejena High School was reportedly expelled from school on health grounds a week after schools opened with the school authorities citing his heart problem as a huge weight for them to carry.

Munashe Madhau was successfully accorded a Form One place at Berejena High School and having met all the entry requirements, he showed up on the opening day like any other pupil with his parents registering his heart condition with the school authorities.

Munashe’s mother, Clara, told TellZim News that she was summoned to the school and was told to take her son home as the school could no longer enroll him because of his heart condition.

Munashe was reported to be weak and could not cope with classroom pressure which prompted the school to ‘kick him out’.

“I applied online and my son got accepted at Berejena High School. However, knowing his condition, I had to go to the school to explain to the authorities and they agreed to take him. I went back home only to be called after a week to be told that there were some challenges with my son.

“I was told that he was weak and could not cope with classroom pressure and other academic requirements to which I told them that they should allow him to rest where possible.

“I was told to visit the school to discuss my son’s case,” said Clara.

She said when she got to the school, she was juggled from one office to another until she was told that the school could no longer keep her son and should be taken home.

“They later called for a meeting where I was excused a bit then was later called back and was told that the school could no longer keep my child. I tried to reason with them to allow him to finish this term but they refused.

“I then took my son home and just thought that was the end of it but was later helped to secure a place for him at St Luke High School in Chivi where he is now,” said Clara.

She said the school offered to refund her fees but she opted to replace him with her younger sister’s child who was yet to secure a Form One place.

“They gave me a transfer letter and offered to refund me the school fees but I then opted to give them my younger sister’s child who was yet to get a Form One placement,” said Clara.

Berejena High School head George Gopo scoffed at the allegations saying he was not discriminatory and would never do that to a pupil.

He said Munashe got sick and they notified her mother (Clara) who came and took her saying she wanted to take him to the doctor but never came back.

“I am not discriminatory at all and would never expel a pupil whom we had accepted knowing that he has a condition. Her mother took her saying she was sending him to hospital and would return but we were later told that she had send the pupil to another school,” said Gopo.