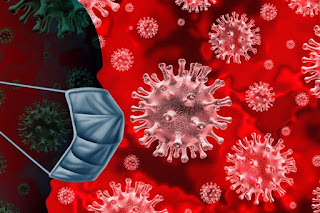 Health authorities in Gutu have intensified the Covid-19 vaccination campaign in the district where frontline workers are being urged to take the Chinese Sinopharm jab amidst resistance and a low uptake across the country.

The programme which started on March 29, in an effort to improve the uptake of the vaccine, has seen over 200 people get their first jabs on the second phase of the vaccination programme.

Gutu District Medical Officer (DMO), Doctor Brian Takayidza, told TellZim News that the campaign was on course and teams were being dispatched to different schools and vaccination centers.

“For the second round so far we have managed to vaccinate 263 people, but for the first round I don’t have the exact figure. What I am sure of is that we achieved 89 percent of the targeted frontline workers.

“We have two teams which are moving around clinics and in schools helping out with the vaccination process on a daily basis,” said Dr Takayidza.

Dr Takayidza bemoaned the low uptake of the vaccination saying the campaign was likely to be extended so as to reach other remote areas.

“Our campaign hasn’t been that much of a success because we were affected by the Easter holiday. However, we stand guided by the provincial authorities on whether we extend the 10 day campaign or not but it is most likely that it is going to be extended.

“We are also working with Community Based Health Workers (CBHW) and they have been capacitated so they will be helping on mobilization,” said Takayidza.

Masvingo province received a total of 22 000 doses of the first batch of Sinopharm vaccine which was distributed among the seven districts for the vaccination of frontline workers.