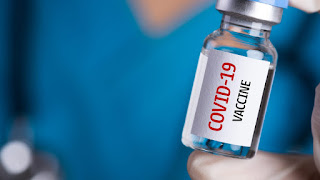 Masvingo province yesterday, April 12, received 65 000 more doses of the vaccine after the initial 22 000 doses received on February 19 ran out.

TellZim reported last week that the 22 000 Sinopharm doses allocated to Masvingo for the first phase of the vaccination rollout had run out.

In an interview with TellZim, Masvingo Provincial Information Officer Rogers Irimayi said the new doses will support the provincial second phase of the vaccination programme launched in Victoria Falls on March 24.

“We now have new vaccine doses thanks to our government. We expect the new to anchor the second phase of the rollout which was launched at national level by President Emmerson Mnangagwa.

“As has already been communicated, the second phase targets teachers, the elderly, the chronically ill, people in the hospitality industry and others. We look forward to a very successful second phase,” he said.