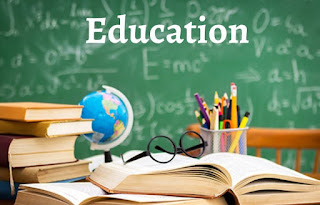 MASVINGO – Parents whose pupils go to Mushandike High School have given the school head Rosewita Mudarikwa a two weeks ultimatum to leave the school accusing her of gross maladministration.

The School Development Committee (SDC) on behalf of the parents has since written a letter to the school authorities with a number of complaints demanding that they remove her from the school before they take the matter into their own hands.

The SDC and other stakeholders who included the local councilor had a meeting with the school head on Wednesday April 23, 2021 where they demanded that she leaves the school.

Ward 7 councilor Bennegina Mudambiramwa confirmed having met with the SDC saying she managed to convince them that they should engage the education authorities first.

“We met at the school and the parents were really angry that they wanted the head to leave the school as a matter of urgency but we managed to talk and we agreed that they should put their concerns into writing and present them to the District Schools Inspector (DSI).

“I went to see the DSI at his offices with the petition but he was not there and I will present the matter and the letter when he gets to his office,” said Mudambiramwa.

The parents were complaining that the head was working alone without the SDC in almost everything that was done at school.

Mushandike Hish School SDC secretary John Magodora said that the head was not acting in the best interest of the parents and the pupils saying since she came to the school there has been no meaningful developments and pass rate dropped.

“There has been no meaningful development that has ever happened at the school since she came in 2005,” said Magodora.