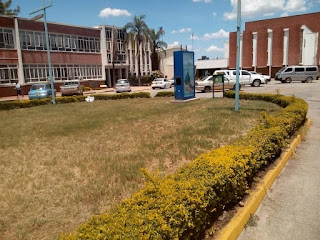 The axe wielded by MDC-T president Douglas Mwonzora claiming the scalp of four City of Masvingo councillors has affected operations at the local authority with council struggling to constitute standing committees resulting in the suspension of the audit committee.

Special council meeting minutes of January 14, 2021 said that the recall of the four councillors has left standing committees without enough members to constitute membership and quorums.

Following the recalls, all the committees with the exception of Health, Housing and Environmental Services Committee remained with two members instead of three as prescribed by the Urban Councils Act.

Section 96 (9) of the Urban Councils Act reads ‘…a standing committee shall consist of such number of members being not less than three as the council may determine.’

Traditionally, City of Masvingo committees had a membership of four in all committees with a quorum of three.

“Having remained with six councillors including the Mayor and deputy Mayor, it was impossible to maintain the current committees with four members and a quorum of three.

“In light of the reduced number of councillors, it was suggested and agreed that the membership of the committees be reduced to three with a quorum of two councillors,” reads the minutes.

Masvingo is now left with six councillors out of the ten voted for in the 2018 harmonised elections.

After the reconstitution of the standing committees, the Health, Housing and Environmental Services committee will remain with Ward 1 councillor Alderman Sellina Maridza, Ward 9 councillor Babylon Beta and Ward 8 councillor Against Chiteme.

“It was suggested and agreed that council maintains the tradition in which the Finance and General Purposes committee would consist of chairmen of other committees excluding the chairman of the Audit committee.

“The membership of the Finance and General Purposes committee will consist of councillor Beta as the chairperson, councillor Maridza and two members elected to chair the Public Works and Planning committee and Health, Housing and Environmental Services committee,” reads the minutes.

After the recall of the four councillors, there were no adequate councillors to constitute the audit committee and council agreed to suspend its operations and engage with the minister of Local government on the way forward.

“In terms of Section 97 (2) of the Urban Councils Act Chapter 29.15, the mayor, deputy mayor and chairpersons of every committee of council shall not be a member of the audit committee.

“After the recall of the four councillors, there were no adequate councillors to constitute the Audit committee. It was suggested and agreed to suspend operations of the Audit committee in the meantime whilst the Acting Town Clerk (Edward Mukaratirwa) would engage the minister of Local Government and Public Works on the same.

“In the interim period, the Chief Internal Auditor would report to the Acting Town Clerk who will in turn report to council where necessary,” reads the minutes.

Masvingo is faced with a myriad of service delivery problems with residents up in arms with the local authority over the recent 500 percent rates hike which the council says will improve services.