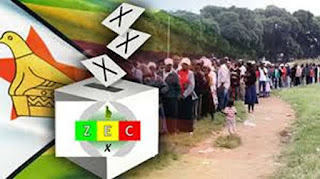 Vying for elected political posts, be it in the local authority or for the legislature, has become somewhat 'sacred' for Mwenezi East's dejected youths and women who have seemingly 'accepted' to be back seaters and mere stairs for propping up men into top political posts.

Mwenezi East constituency, which last had a female councilor during the 2008 elections, has since then seen the political field being a preserve for men with youths also reluctant to break grounds in eyeing top elected political offices.

With both Zanu PF and the MDC Alliance having opened the race for party primaries to replace the late legislator Joosbi Omar, women and youth have once again failed to rise to the occasion on the prospective candidates.

Zanu PF has about ten male candidates for their primary elections slated for May 4 with no youth and women in the pot.

"I am yet to be officially informed of any party youth who is aspiring to join the Mwenezi East race.

“As a party, we are going to spearhead programmes that will encourage youth to fully eye positions in the local authority and in the legislature. I am very sure that by the time the 2023 elections are held more youths will be geared to grab such posts,” said Madzudzu.

MDC Alliance Masvingo provincial youth spokesperson Timothy Muswere told TellZim News that youths were not only reluctant to eye top political post but they had completely lost hope in the voting process.

He said since women and youths constitute the majority of the voting population, they need to forge an alliance such that when elections come they would be fully supported to compete in the political arena.

“The youth and women are not fully supported to take up the political space. They are largely used by man as stairs to the top.

“The youth have completely lost hope and trust in the electoral processes. We need to make a paradigm shift and make sure that the youth and women are never left behind.

“By 2023 we should have made progress and we hope to see more youth and women rising to the occasion,” said Muswere.

Several youths who spoke to TellZim News pointed out that, after realising that elections were predetermined events, they do not see the need to waste their time taking part in processes that will end with them being used as political pawns.

Shumirai Tshuma who is the MDC Alliance's Mwenezi East chairlady attributed women's reluctance to participate in top political positions to fear of violence.

She said if women are given a level playing field with man, they would be more than willing to stand up and challenge for political positions.

“There is a lot of violence associated with elections and sometimes women do not have the bone for it.

“This is the reason why we have more man than women taking up positions and women are just there to support man,” said Tshuma.

“As for youths, most of them here are school dropouts who usually prioritised crossing to neighboring South Africa to seek employment before finishing school.

“There is need to initiate programmes that instill confidence among both women and youths so that they exude confidence and understand that regardless of one's level of education anyone can occupy top political office and execute expected duties with diligence," said Maregere.

The proposed Constitutional Amendment Bill Number II which is now awaits its second Senate reading proposes the extension of the women’s quota to 2023 and also has a provision of the youth quota at both national assembly and local authority levels.