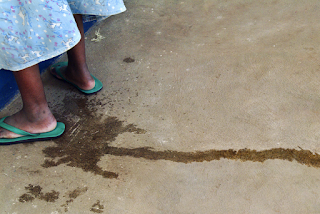 Amnesty International on Thursday May 20 launched a report on obstetric fistula, a maternal morbidity that has been described as the most devastating birth injury.

The report was launched virtually ahead of the United Nations International Day to End Obstetric Fistula on May 23.

Titled, ‘I never thought I could get healed from this’, the report gives insight in the lives of women and girls with obstetric fistula in Zimbabwe.

Amnesty International Director for East and Southern Africa Deprose Muchena said Zimbabwe had a high mortality rate and this stems mainly from failure to access public health care during pregnancy and childbirth, resulting in either death or maternal morbidities like obstetric fistula.

"Zimbabwe has one of the highest maternal mortality rates in the world and pregnant women have to gamble with their lives by opting for home births due to underfunded and under-resourced government hospitals or because they cannot afford the costs of care.

"Cultural beliefs also mean that some women do not have a choice but to submit to home births administered by untrained family or community members," Muchena said.

Women who narrated their stories with the condition at the launch said after the injury they could no longer contain urine or faeces, making them a subject of shame and ridicule in their families and communities.

Memory (not real name), a 50-year-old woman from Bikita and a mother of six, said she got injured after prolonged labour when she was giving birth to her first child in October 1995 and only found out about the condition after bearing her sixth child until a gynecologist offered to help her with corrective surgery over 20 years later.

"I could not eat if I wanted to travel because I would soil myself. I was always being told I had a foul smell and that made me lose confidence until I found help recently," Memory said.

Another woman, Tariro (not real name) a 42-year-old from Bikita who suffered from the condition, said she did not know what was causing her incontinence and she suffered for many years until she got help for surgery by Dr Takura Kanonge from Chinhoyi.

The report notes that women from low income backgrounds are most prone to the condition, and data on how many women suffer from it is difficult to collect because of its nature, as it is mostly associated with shame.

It also indicates that for every maternal death, there are about 20 maternal morbidities which include obstetric fistula.