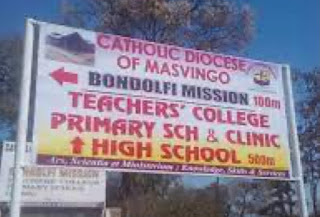 Authorities in Masvingo have moved to contain the spread of Covid-19 in the province by placing Bondolfi Teachers’ College under a tight lockdown and suspending all face-to-face lectures with immediate effect, TellZim News can reveal.

Provincial Medical Director (PMD) Dr Amadeus Shamu told journalists during a press conference yesterday (May 27) at Benjamin Burombo government building that the college was now under lockdown, and no new visitors will be allowed until the situation has been controlled.

“We have declared Bondolfi Teachers College a Covid-19 hotspot and students there have been placed on 14 days of quarantine. We are not allowing any visitors there and no one will be allowed to leave the college,” said Shamu.

He also said that the first case was currently quarantined at Rujeko Isolation Centre but they were yet to verify the variant which has spread at the institution.

“Our index case is admitted at Rujeko isolation centre and is in a stable state. Currently we are still conducting tests and as part of our plan, we are going to send specimens to Harare so that they can do a further analysis to confirm the type of variant which we are dealing with but at the moment we don’t know,” added Shamhu.

Minister of State for Masvingo Provincial Affairs and Devolution, Ezra Chadzamira said the province was ready to contain the disease and will be guided by the national taskforce.

“If the national taskforce recommends a provincial lockdown we will do so because we are still doing an assessment. So far we are not recording any cases outside Bondolfi which means that we have contained the disease, said Chadzamira.

Testing is still ongoing at the institution and 103 cases have been confirmed and are reportedly asymptomatic.