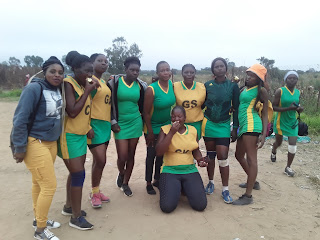 Rujeko Mighty Pirates and Deportivo came out top of Group A while Highfliers and ZRP Masvingo dominated Group B to reach the semifinals.

In the semi-finals, Highfliers played against Rujeko Mighty Pirates whom they defeated and in the other semifinal ZRP Masvingo proved to be too good for Deportivo to make a date with Highfliers in the grand finale.

Highfliers walloped the 2019 winners ZRP Masvingo 17-6 in the final to be declared the 2021 champions.

Nemamwa and Super Angels played dismally as they failed to register any win in all games they played.

Highfliers representing manager, Ranee Tonono said she was very excited with her team’s well-polished performance throughout the tournament although they didn’t have a coach on their bench.

“I am excited that our team managed to defeat the 2020 champions despite the fact that we did not have a coach. I can say that our team played classical netball,” said Tonono.

Some of the notable players were Margaret Farainashe who was scoring for fun from the group stages and was named best player.

The 29-year-old Farainashe, who started playing netball when she was in form two, said she dreams of representing her country before she calls it a day.

“Since I started playing netball, I never made it to the nationals but if given an opportunity I would like to play for the national team and make my country proud,” said Farainashe.

Another outstanding player of the day was 16-year-old Mildreth Wala of Rujeko Mighty Pirates also revealed that she would want to play more competitive leagues other than social netball.

“I started playing netball when l was eight years old and all I hope for is to down the national team colours. I have dreams of playing more competitive netball at bigger events so that I can showcase my talent and I am confident that I will surely get there,” said Wala.

Tournament chairperson, Rocky Kamuzonda said he was happy that people had united to organise a community netball tournament which brought them together.

The tourney was held under strict health watch from health workers who were enforcing Covid-19 regulations.

The tourney is an annual event where netball social league players from across Masvingo tussle for the May Day trophy.