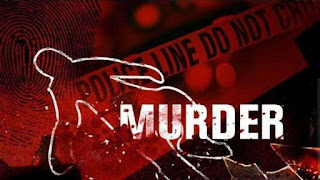 GUTU-A 31-year-old married woman from Noddle Farm under Chief Gutu has appeared before Gutu Magistrate Mitchell Panavanhu facing allegations of killing a man she allegedly had an extra marital affair with.

Pretty Mbikiza was remanded in custody by Magistrate Panavanhu until June 28 this year when she will return to court for trial, after being charged with the murder of Owen Munyanyi on May 10 this year.

State facts as presented by Prosecutor Ratchel Murape are that on May 10 this year at Dewure Ministry of Transport Gutu Depot staff quarters, Mbikiza assaulted the deceased who was her boyfriend with an unknown blunt object on the neck, chest and abdomen, whilst he was unaware.

It is alleged that she made sure Munyanyi had died after which she left.

On May 15, Mirriam Mashayanyika sent her daughter Loice Rukasha to go and check for the deceased at his house after she was requested by the deceased's wife Gracious Dhewa who could not get in touch with him.

Upon arrival Rukasha found the deceased in a decomposition state and the matter was reported to the police. The police then carried investigations leading to the arrest of Mbikiza.

A postmortem was done and it was found out that the deceased suffered from a blunt trauma.