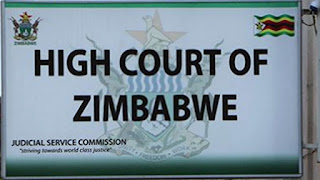 The High Court of Zimbabwe has reversed the judgment earlier passed against an engineering company director by Chiredzi Magistrate Geraldine Mutsoto.

Tony Renato Sarpo (55) was initially slapped with 10 months imprisonment by Magistrate Mutsoto on theft charges after being accused of stealing 40 wheelbarrows belonging to Matabeleland Engineering a company he co-directed with David Wayne Williams.

Four months were conditionally suspended on condition that he paid a fine of $300 and the other six months suspended upon payment of a restitution of $8800 no later than July 31, 2020.

Sarpo then appealed at Masvingo High Court, which in turn ruled in his favor and set aside the judgment last week.

Sarpo has on a number of occasions been at logger heads with his co-director Williams.

Sometime in February last year he was convicted for stealing a Toyota Hilux single cab vehicle belonging to Matabeleland Engineering.

He held on to the vehicle which he later sold to a firm named in court papers as Intrachem through a Harare based firm Harris Auto.

Since Sarpo’s resignation from the firm in June 2016, Williams alleged in court that the accused refused to return company assets like vehicles, documents including receipt books, vehicle registration books and accounts books.