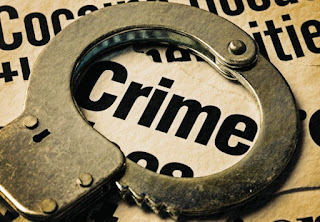 ZHOMBE- Two men from Dumuzweni Village under Chief Ntabeni in Zhombe are in police custody after they killed a 20-year-old man they had a long standing grudge with.

The incident occurred on the afternoon of May 24 at a place called Majanjathini Tuckshops where the deceased and his brother were drinking beer.

Circumstances given were that Allen Ndlovu and his brother Thokozani Ndlovu (24) were at Majanjathini Tuckshops where they met one Tarisai Makore (36) with whom they had a long standing grudge with.

A misunderstanding arose between the Ndlovu brothers and Makore, and Allen Ndlovu who was armed with a machete struck Makore on the left hand.

Two of Makore’s relatives, Mavhu Makore (38) and Vusa Mpinga (25) joined the fight and the Ndlovu brothers for fear of being overpowered fled from the scene.

The two, (Mavhu Makore and Mpinga) then caught up with the now deceased Allen Ndlovu and disarmed him of the machete before striking him with it all over his body, leaving him with serious injuries.

The matter was reported to the police while Ndlovu was taken to Kwekwe General Hospital where he succumbed to the injuries the following day.

Midlands Provincial Police Spokesperson, Inspector Emmanuel Mahoko urged members of the public to settle disputes through means of dialogue rather than fighting each other.