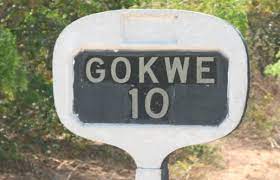 Tinaani Nyabereka
Gokwe- Two men from Chinyauro village in Gokwe are on the run after allegedly killing a 20-year-old fellow villager before hiding his body under a cotton bale.

Justice Chidhakwa’s lifeless body was found under a cotton bale in a path near a Cottco buying point near Kana Mission Bussiness Centre on June 28 this year after he had been allegedly attacked by Simbabrashe Zikoke (27) and Wellington Zharare (23) who are both at large.

Circumstances given reveal that on June 27 this year around 1900 hours, the now deceased Chidhakwa of Chidhakwa Village in Manoti was walking along a dust road on his way home from Kana Mission Business Centre.

He was then approached by Zikoke and Zharare from Chinyauro village, who started accusing him of calling their friend Joseph Muzenda whom he accused of eloping with his pregnant girlfriend.

A misunderstanding arose and the two started fighting Chidhakwa and overpowered him after Zharare allegedly grabbed him from behind while Zharare proceeded to stab him with a knife once on the chest and once on the left leg.

After seeing that Chidhakwa was now unconscious, the two the dragged him and placed a cotton bale on top of his body and disappeared from the scene.

An eye witness then informed the police, who collected the body and conveyed it to Gokwe South Hospital for post mortem.

Midlands Police spokesperson, Inspector Emmanuel Mahoko confirmed the incident and urged members of the public to assist the police with information regarding the whereabouts of the perpetrators.

"We are appealing to members of the public who might have information on the whereabouts of the the two suspects, Simbarashe Zikoke and Wellington Zharare to inform their nearest police station. On the same note, we reiterate the need for people to seek mediation from elders whenever they have differences, "Mahoko said.