Man to perform community service for impersonating a soldier 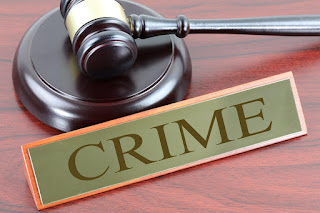 George Chimwayange
A 36-year-old Harare man will perform 245 hours community service after he was convicted of impersonating a member of the Zimbabwe National Army at a police roadblock along Masvingo-Beitbridge highway last week.
Richard Chirombo was initially slapped with a 12 month jail term by Masvingo magistrate Grace Tupiri after pleading guilty to impersonation charges against him, but five months were conditionally suspended, with the rest of the sentence commuted to community service at Magwegwe Clinic in Bulawayo.
Representing the state, Prosecutor Precious Takuva told the court that on July 7 2021 at around 1030hours at the 10km peg along Masvingo-Beitbridge road at a roadblock, Chirombo who was travelling in Doesmatter Nyahombe’s truck jumped off the vehicle and introduced himself as a member of the Zimbabwe National Army (ZNA) stationed at Suri Suri airbase in a bid to stop the police from searching the vehicle.
Chirombo, who was clad in an army uniform went on to produce a ZNA identity card in the name of Nathan Dzabaya but after police noticed that he was not the owner of the identity card, members of the ZNA manning the same roadblock were called to interview Chirombo.
After interviewing him, it was established that the identity card did not belong to Chirombo and he was not employed by the ZNA but he was using the military identity card to outwit police officers at checkpoints.
Chirombo was arrested at the roadblock and was taken to Masvingo Central Police station for further questioning.
Share !