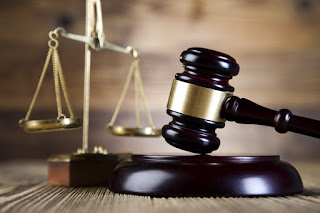 A Masvingo man was recently sentenced to 21 months behind bars after being convicted of defrauding people who he promised to assist to get jobs and driver’s licenses after paying him a certain amount of money.

Polite Mushore (45) was initially slapped with 24 months imprisonment by Masvingo Magistrate Grace Tupiri who later suspended three months on condition that he does not commit a similar offence in the next five years.

On June 13 2021 Mushore (45) met Christabel Charity Guchu (27) and told her that he worked for the Vehicle Examination Department (VED), Masvingo depot and convinced Guchu to pay some money and get a driver’s license.

Mushore further claimed that there were job vacancies at VED and for Guchu to get a job there, she was supposed to pay him US$120 after which she paid.

After receiving the money, Mushore disappeared into thin air while the desperate Guchu kept looking for him to get an update.

Two days later, Mushore then approached Bongani Ngwenya and told her the same story, after which he was paid an undisclosed amount of money and once again disappeared.

Ngwenya was later told that Mushore was an employee at Econet Wireless not VED and on realizing that he was tricked, Ngwenya reported the matter to the police.

Mushore then started going around Masvingo pretending to be an Econet Wireless employee and met Yolanda Matambudze who he told to pay some money so that she will be given interview questions for her to be employed at Econet Masvingo branch.

He also approached Martha Taruvanda falsely claiming that if she pays him a certain amount of money he would assist her with getting training to get employment at Econet Chiredzi branch.

Mushore’s luck ran out when police caught up with him after Taruvanda and Ngwenya made reports at Masvingo Central Police Station leading to his arrest.